Are you interested in Thelema Beyond Crowley? Have you had some experience of the cults of ‘Crowleyanity’? Have you visited this website in the hope of finding an atlernative to egotism and madness? Then read on, before you begin your deep and prolonged enquiry. The founder members of the O∴ A∴ are based in England, UK. Our membership is international. Initiation requires faithfully following out the practical methods of the Order and the keeping of a diary Record on a strict daily basis. We work by the correspondence method. A brief account of the history of this tradition is given on the page introducing our Probationership course: VITRIOL.

There follows a list of provisos to address frequently asked questions. This is usually enough to dissuade those with a superficial interest in the mysteries, who suffer the delusion of ‘others’. The tyros are like a crowd at a theatrical event that is more interested in other persons in the audience than what is taking place on the stage. However, both the crowd and the stage are fiction, a phantasmal theatre of ego projection.

We have no involvement with Lodges, after the manner of Freemasons. We eschew social clubs, public events and Internet discussion forums. There is no ‘virtual’ Order or membership. We do not use the term ‘self-initiation’, which is an oxymoron. Although initiation is about personal work done, Thelema is not in any way personal, and cannot be personalised. While personalities are inevitable, they tend to be obstructive to the Great Work.

Magick denotes the noun. When we use the word as an adjective, it is spelled magical. A person who does magick is a magician. In the last two cases, adding the ‘k’ is superfluous.

There needs to be an intellectual understanding of the work for the rituals of the O∴ A∴ to become meaningful. Nu Hermetica—Initiation and Metaphysical Reality is required reading and study for our Students. It is not a practical handbook but provides the necessary intellectual and metaphysical basis. The introduction to our practical methods, the training and work of a Probationer, is given in The Enterer of the Threshold.

Interested outsiders first subscribe to our monthly Journal, Metamorphosis, and become Associates. This does not require any commitment beyond studying the Journal, but it is the first step on the way. Many seek a spiritual path that is ‘made to measure’. Sooner or later they find something disagreeable in our literature or methods and we will not hear from them again. The interest was superficial, not deep and all consuming as it should be if practical work is to be taken up. The person must prove to us that they are worth our time and our commitment to their Great Work. We are not interested in those who are merely looking to further personal interests and ambitions.

Beyond Crowley: My Prophet is a Fool

We do not regard Aleister Crowley as any kind of prophet. He awarded himself that title in the (Egyptian) Book of the Law, I: 26.

Then saith the prophet and slave of the beauteous one: Who am I, and what shall be the sign?

These are Crowley’s words, a poeticised question put to the communicant Aiwass, who was conveying the oracle of Nuit (infinite space). The question is not answered directly, and Crowley later changed the wording of the reply as it did not satisfy him.[1] Thereafter, Aiwass mocks Crowley’s presumption.[2]

Crowley, Kenneth Grant and others have interpreted the Egyptian mysteries in a spirit of modernism, and particularly from the point of view of early nineteenth century German humanist philosophers (Schiller, for example). The Book of the Law has an ancient Egyptian basis that is at least 4000 years old and in reality is much older than that.

There is no Old Aeon or New Aeon in reality. The mysteries of Liber AL, as it has come to be known, are extremely ancient. Truth does not change with the fashions and fetishes of the human race. Thelema is not time-bound. It is not a new product or “New Law for Humanity” as was put forward by Crowley when he adopted the guise of the salesman and propagandist.[3]

Beyond Crowley: Words and Spells

In our rituals we do not invoke the biblical demiurge Tetragrammaton.

Ishtar, invoked in the North in our Ritual of the Pentagram, is a Phoenician and Sumerian deity, though at one time she was celebrated in Egypt (as Ashtaroth, whom we invoke in the East) and renowned throughout the world. Isis is the ‘goddess of a thousand names’, and we invoke her in the West. Babalon, invoked in the South, is derived from Babylon, a corruption of the ancient Egyptian per-hapi-en-aunnu, goddess of the ‘Nile Temple of the nome centre Aunnu’.[4] Together, these are the four faces of Nuit defining the magical circle of the place. The magician is Hadit, the exorcist in the midst.[5]

All grades of initiation are relative to the individual and can have no meaning outside of the Order. Grades and offices are therefore a strictly private matter and are never publicly disclosed. Those who wish to take their enquiry further than the website are welcome to apply to become an Associate, which requires subscription to our monthly Journal. Details of how to apply are given on the website here.

1. The original wording of Nuit’s oracle, evident in the holograph MS, was, “Thou knowest! And the sign shall be my ecstasy, the consciousness of the continuity of existence, the unfragmentary non-atomic fact of my universality.” The last five words are essential to Esoteric Thelema. Crowley later changed these words, substituting the dull  theological convention, “the omnipresence of my body”.
2. In the Book of the Law, I: 48, Aiwass declares, “My prophet is a fool with his one, one, one; are not they the Ox, and none by the Book?” There are many other instances, too numerous to mention here.
3. Crowley’s introduction to the book Magick is one of the worst examples of such hype, though it is closely rivalled by his absurd introduction to the 1938 OTO edition of The Book of the Law, in which he declares that the book “lays down a simple Code of Conduct”.
4. A colossal image of the goddess, likened to Isis-Hathoor, stood at one time outside the gates to Heliopolis (Aunnu) on the processional route. See pp. 86 and 263 Babalon Unveiled.
5. This is fully explained in ‘Comment on the Pentagram Ritual’, The Enterer of the Threshold.

Our Egyptian Tarot of Thelema Atu Hrumachis IV is explained in detail here. 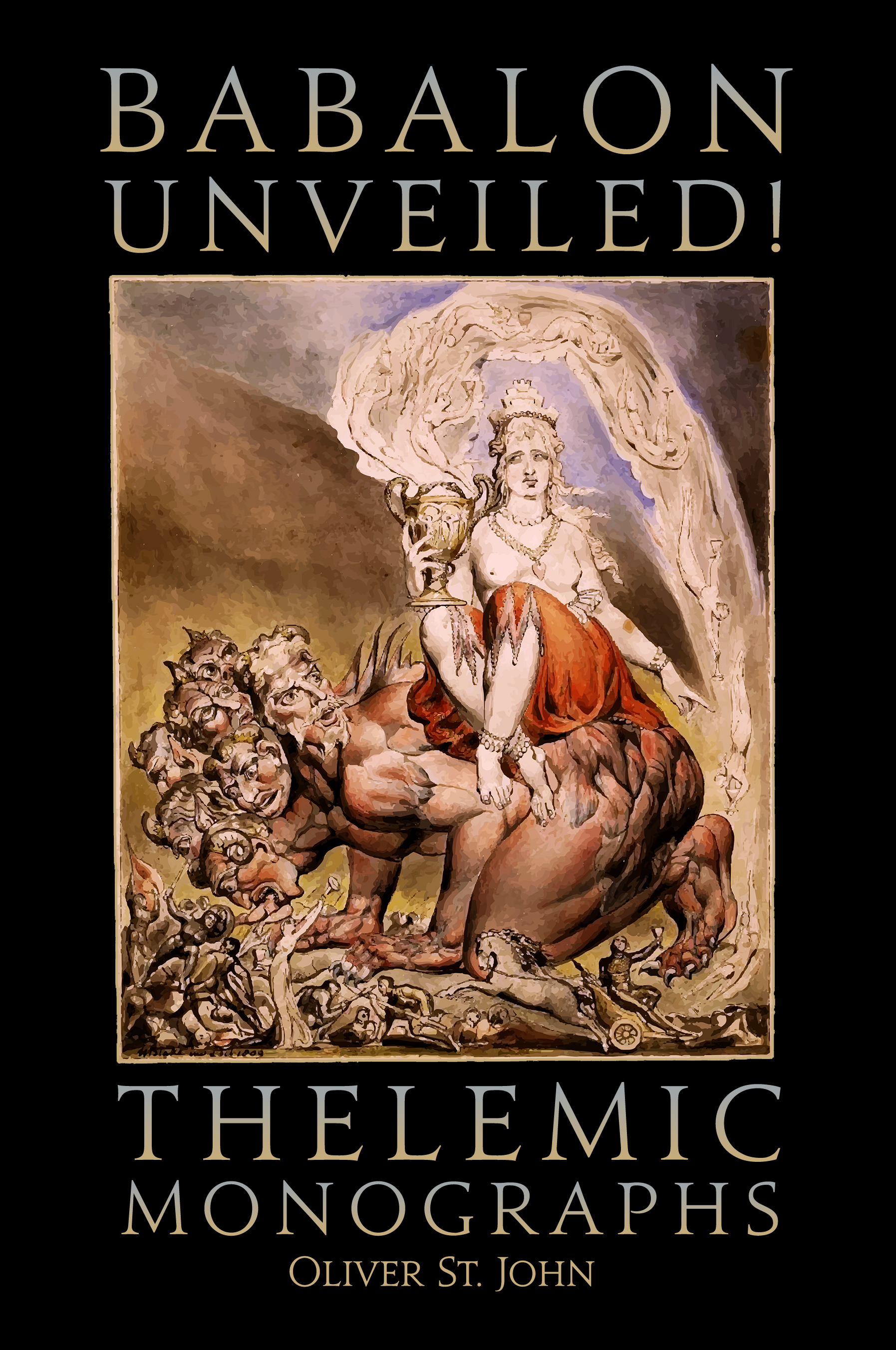 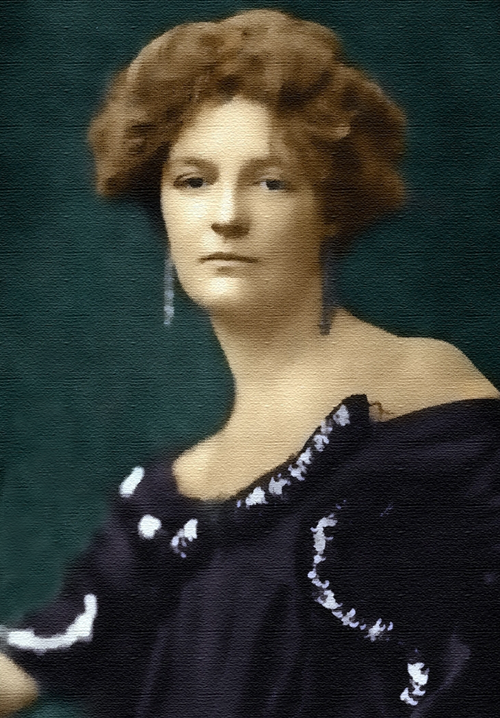