The Practicus of the Golden Dawn has the eponymous title, Monokeros de Astris, ‘Unicorn of the Stars’. This is best explained through the name of the Titan, Astris (Αστρις), which means, ‘Starry One’. Astris was born from a marriage of the Sun and the ocean (Moon or sea-foam), alchemical types of fire and water. The Practicus degree corresponds to Hod (Mercury), the Water Temple that receives the fiery solar influence from Netzach (Venus). 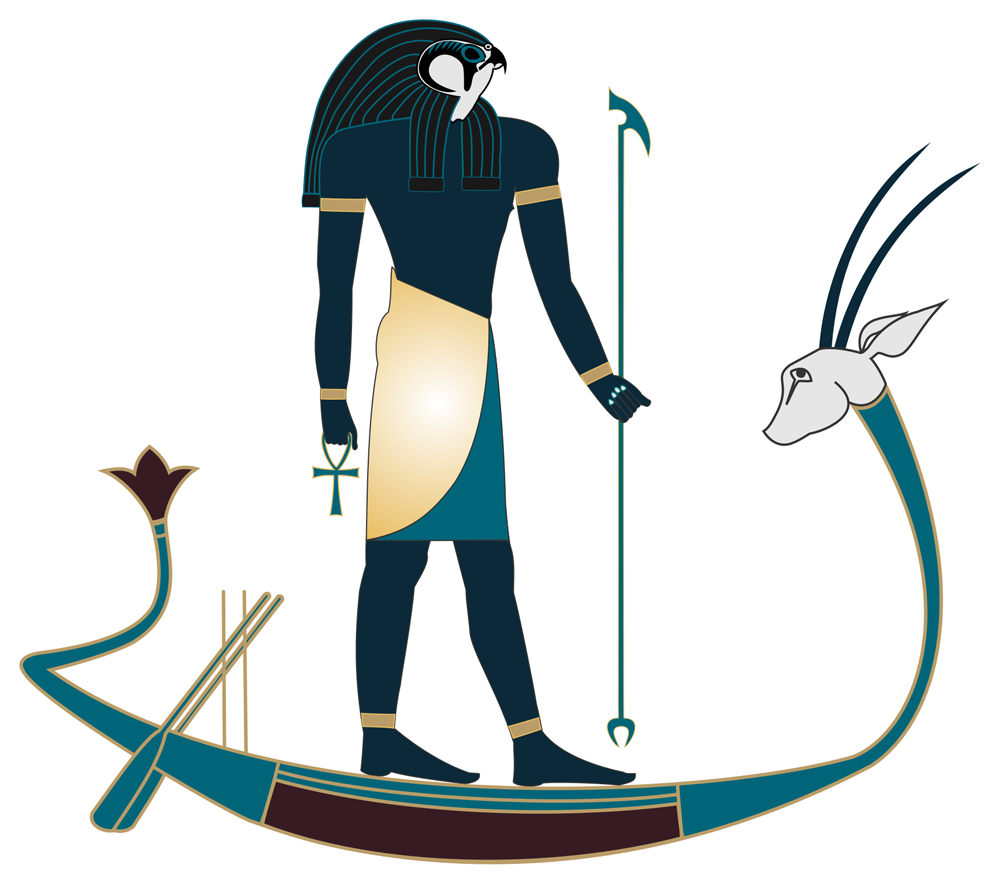 The Initiate of Hod, Unicorn of the Stars, has first to traverse, at least symbolically, the fiery paths of Shin (31st) and Resh (30th) before entering Hod, the Water Temple. Hod is thus seen in every way as a sphere of transmutation. Although Hod sometimes symbolises the concrete mind, as ‘form-building’, it is not the goal of Initiates to become detained by the limits of ordinary reason. In fact, Hod, the 8th path or sephira from the Crown or root of the Tree of Life in heaven, is traditionally called the Stellar Light, and is also the ‘Seat of the Primordial’. This is usefully affirmed by the Greek value of Monokeros de Astris, which is 1,175. As 29 x 75, the unicorn’s horn corresponds to the ‘Divine Pillar of Nuit (or the sky)’. The 29th path corresponds to the Hebrew letter qoph, which is the ‘head’ or ‘pinnacle’, while 75 is a number of Nuit (NVIT).

While it is true that the letter qoph is more frequently referred to as the ‘back of the head’, owing to the shape of the letter, it is a misleading and possibly incorrect attribution. Qoph is not merely the ‘back of the head’ as the complement of resh as the ‘front of the head’. Resh refers more to the ‘chief’ or ‘leader’, which is also the ‘first’ or ‘highest’ in an order of hierarchy. But qoph (or quf in Arabic) is more specifically the skull or cranium, and as such it has a special meaning of indicating the gate of egress from the cosmological sphere to the heavenly or primordial sphere. For this reason Christ-Jesus was crucified on a hill called ‘Place of the Skull’ (Golgotha).

The Unicorn and Sokar

The primordial is variously symbolised as a pillar, mound or mountain—for there is nothing beyond the peak of a mountain except the sky or heaven. The unicorn’s horn points straight upward to heaven, and is spiralic. The Arabian white oryx is the original type of the fabled unicorn. The higher end of the ancient Egyptian hennu sky-boat of Sokar is fashioned in the shape of the head of an oryx. The unicorn’s singular horn is not descriptive of the beast itself, which has two horns, but is an esoteric assignment for the Primordial Pillar, as well as the upward ascent of consciousness, as in yoga. Sokar, it may further be noted, is frequently depicted as the head of a black hawk, a symbol of the primordial in the very particular sense of the unmanifest or ‘dark’ state, which necessarily comes first, or is greater than, all dual manifestation. Both the unicorn and the yearly rite of carrying the wooden boat of Sokar around the temple’s location, symbolises the circumpolar revolution of the ‘seven’ around the ‘eighth’ or Pole Star. The Pole Star marks the visible axis of the universe and the height of the visible heavens.[1]

The Unicorn and the Flower of Mind

The oryx is reputed to dig a bed out of the desert sand with its hooves, to lie in and keep cool. This explains the attribution of the one horn, for the shifting sands of desert dunes have always symbolised the Abyss that lurks on the upper limit of human reason. The penetrating horn of mind (reason) must be made concave, so to speak, on the abysmal threshold that closes in upon the limits of human reason. Over time, through yoga, contemplation and devotional Tantras, the Flower of Fire (or Mind) is cultivated as the ‘fruits’ of the flower are rejected in favour of pure receptivity to the intelligence from beyond.[2]

It should be noted that the Gnostic term, ‘Flower of Mind’ or ‘Flower of Fire’ is not the mind or intellect in the ordinary sense; it may be likened to an essence that is drawn out and upward. The Egyptian ‘flame’ hieroglyph has both a physical and a metaphysical level of interpretation. It carries all the meanings of a fire, flame or luminosity, and that of a ‘flame of flames’. The latter is comparable to the yogic realisation of atmadarshana of Advaita Vedanta.[3] In the (Egyptian) Book of the Law, II: 27, the oracular voicing of Set-Hadit in his aspect as the Serpent of Knowledge conveys a warning:

There is great danger in me; for who doth not understand these runes shall make a great miss. He shall fall down into the pit called Because, and there he shall perish with the dogs of Reason.

The ‘dogs of Reason’ is a word for those who cling to the threshold and exalt the reasoning faculty above all else, either for personal gain or power or simply because they are ignorant of the true state of affairs. In so doing, they deny the possibility of the Flower of Fire, or its ‘child’ born in Silence, called Hoor-paar-kraat, symbol of the incommunicable mystery and true initiation. Veritably, the threshold to the post-abysmal Mind of Minds is fiercely guarded and barred. The role of guardians or ‘watchers’ such as Anubis, and other Setian creatures including the crocodile and jackal, as well as the Cherubim in various traditions, is complex. They are guardians of the gates, ferociously attacking or even devouring those who would enter. At the same time, they symbolise the drawing forth of the bolt, which is the means by which the gates are opened.[4] The action of the bolt symbolises both ‘opening’ and the image-making or phallic power withdrawn or inverted, which is a reversal of the usual flow of consciousness.[5]

The door of the sky or of heaven is not opened by any mortal man but, for example, it was the office of Ankh-af-na-khonsu, the priest and scribe of the Stele of Revealing, to literally ‘open the doors to the sky’. He performed the ritual of opening the doors to the roof of the temple at certain times of the year, so the image of the Goddess, taken from the subterranean vault below, could observe Sirius rising.[6] As declared in the Book of the Law, III: 37,

For me unveils the veilèd sky, the self-slain Ankh-af-na-khonsu whose words are truth.

Sirius (Σθις), the Star of Egypt and of the Order, symbolises both Isis (or Hathoor) and her ‘son’ or divine child, born of the ascent of consciousness arising from the depth. Hathoor was also known as the ‘Divine Pillar’ at Iunet in Egypt, which has the same meaning.

1. The three-yearly Jubilee of the Pharaoh coincided with the rite of the ‘round’ of Sokar, proving an identification between Sokar and Set or Saturn, and also the primordial mound. Thus the unicorn, as a horned creature, has an association with both Saturn and the Pole.

3. It is impossible for Egyptologists to construe ancient Egyptian sacred texts, as they cannot admit to the existence or even the possibility of an esoteric level of interpretation. They are thus dogged by the limitation of their reasoning faculties. They then produce nonsensical ‘translations’ of the texts, and say it is nonsense because the ancient Egyptians were themselves confused and irrational!

6. This is explained in detail in ‘Star and Snake of Egypt’, pp. 150 Babalon Unveiled.

This article is from the book Nu Hermetica—Initiation and Metaphysical Reality.

The hennu boat with oryx illustration is a detail from the Egyptian Tarot of Thelema.