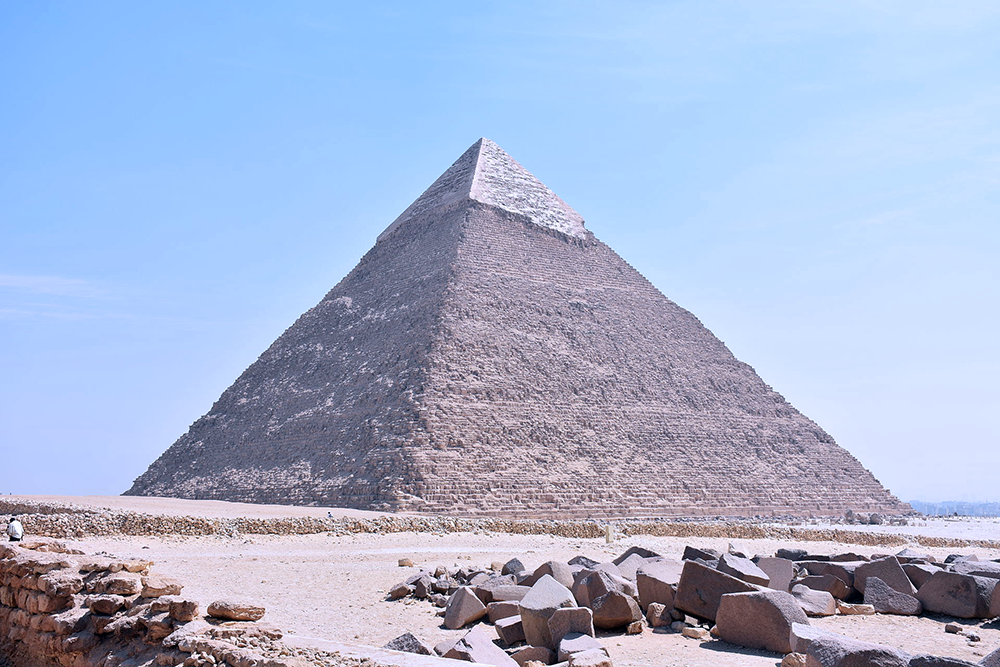 The Prophecy of Hermes was written down at a critical turning point in history. It was the cusp or event horizon of the precessional Age of Pisces, just as we are now on the cusp of the precessional Age of Aquarius. By the early centuries CE, shortly before the Christian Gospel narratives were scribed, the Creatrix or sacred feminine was all but erased from the minds of the philosophers and an All-Father or Father Monad superimposed upon the mysteries. While the popular cult of Isis still survived and proliferated far beyond the boundaries of Egypt, it would be but a short time before the Egyptian language was completely forgotten.

When the Prophecy of Hermes was written there was still what Hermes-Thoth refers to as a ‘pure philosophy’ based on Gnosis or direct revelation and an emergent impure or pseudo philosophy, based on ordinary reason. Before long, the rational or profane philosophy would become the only acceptable ‘truth’ for most persons. We have taken the liberty of restoring here the Creatrix, variously named Mut, Neïth or Hathoor, in place of the Father Monad, the ‘Self-Alone-God’.[2] In that way, we have restored the text to a simulacrum of how it might have been delivered and heard before being overwritten at a later date. However, what we have changed is very little and for the most part only concerns the titles afforded Theos or divinity. We have taken the language out of the King James Bible English of the 1906 translation and rendered it in plain English.

The Prophecy of Hermes begins with chapter XXII. Thrice Greatest (Trismegistus) has expounded to his disciple Asclepius on all matters concerning the immortal nature, and of those that will perceive it, and of those who cannot. The dialogue continues in XXIII on the nature of the images of Gods that man fashions in his own likeness.

1. Tris. The knowledge of the immortal nature is conveyed only to a few. These are chosen through the devotion of their heart. Still, of the rest, the vicious folk, we ought to say no word, for fear that our sacred sermon should be spoiled by even thinking of them. Our sermon treats of the relationship and intercourse of men and women and their Gods. Learn then, Asclepius, of wherein is the true power and strength of man.

As Mut, or as some say, Neïth, or Hathoor, gave birth to the Gods in Heaven, so man is the maker of the gods who, in the temples, allow all to approach, and who not only have light of blessing poured on them, but who also send forth their light on all; thus the devotee does not only go forward towards the Gods but also confirms the Gods on earth.

Are you surprised, o Asclepius? I see that you—even you!—do not believe.

2. Asc. I am amazed, Thrice Greatest; but willingly I give assent to all your words. A man is very blessed that has attained to such great felicity.

Tris. This is rightly so—for such deserves our wonder, in that he is the greatest of them all!

As for the race of the Gods in Heaven, it is clear from the commingling of them all that it has been made pregnant from the fairest part of nature. The only signs by which they are discerned are, as it were, from their source, before all else.

It is thus that humankind, in imaging Divinity, stays mindful of the nature and the source of its own self.

Furthermore, in the same way that Hathoor is the Tree of Life from which the Gods are sprung, that they might be in her likeness, then so has mankind produced its own gods according to the likeness of the look of its own self.

1. Asc. Surely you do not mean their statues, O Master?

Tris. I mean their statues, o Asclepius. Can you not see how much you—even you!—doubt my word? Statues ensouled with sense and filled with spirit! These work mighty and strange results. Statues that foresee what is to come, and perchance can prophecy. They will foretell things by dreams and in many other ways. There are statues that take the strength away from men, or that may cure their sorrow, if they should deserve it.

Do you not know then, Asclepius, that Egypt is the image of the Heaven? Or that which is even truer, the transference or descent of all that are in governance or exercise in Heaven? And yet more truly still it must be said:

This land of ours is the Shrine of all the World.

2. It is proper that the wise should give utmost care in considering and understanding all that I have said concerning these matters. As for you, Asclepius, it is not right that you should be ignorant of the same.

The time will come when it will seem as if Egypt served the Divinity with single-minded devotion and care for nothing—for all her holy cult will fall to nothingness and be in vain.

That Divinity is now about to depart speedily from Earth and return to Heaven, and Egypt shall be left alone. The Earth, which was once the seat of devoted and honourable cults shall be widowed, bereft—no longer knowing the presence of the Gods.

And barbarians shall fill this region and this land. Not only shall there be the neglect of the pious cults but—and what is still more painful—by profane laws, penalties shall be decreed against such devoted practices and worship of the Gods. These will even be totally prohibited.

3. This most holy land, the seat of our shrines and temples, shall then be choked with tombs and corpses.

O Egypt, Egypt! Only tales will remain of your cults, and these will be as unbelievable to your own sons as for the rest of humankind. Words alone will be left carved on your stones, to recount your beautiful deeds.

And Egypt will be made the home of those who are alien to her.

Yes! The Godly Company shall climb back to Heaven, and their forsaken worshippers will all die out. And Egypt, bereft of God and man, shall be abandoned.

4. And now I speak to you, O River, holiest Stream! I tell you what will be. Your banks will overflow with bloody torrents. Not only shall your sacred streams be stained with blood but also they shall all flow over with the same.

The cult of the dead shall far exceed the cult of the living. The surviving remnant shall be Egyptians in their appearance but in their deeds they shall be as the profane.

1. Why do you weep, Asclepius? There is more than this, by far more wretched. Egypt herself shall be impelled and stained with even greater evil.

For she, the Holy Land, once deservedly the most beloved of the Gods by reason of her untiring service to the Gods on Earth, she the sole abode of holiness and teacher of wisdom upon the earth, shall be the type of all that is most barbarous. And then, out of our loathing for mankind, the world will seem no more deserving of our wonder and our praise.

This entire good thing, of which none fairer was ever seen, nor is there anything, nor will there ever be, will be in peril.

2. And that will prove a burden unto men. On account of this they will despise and cease to love this Cosmos as a whole. They will cease to love the eternal work of the Divine; the glorious and entire creation, comprised of manifold variety of forms; the steadfast deliverer of the Divine Will, wholly supporting that Great Work.

They will cease to love the multitudinous whole that is the principle of love itself, that should be reverenced, praised and loved—by them at least that have the eyes to see. For Darkness will be set before the Light, and Death will be thought preferable to Life. They will not even raise their eyes to Heaven. And then they will think that the holy, wise and strong are mad. They will think that fools and profane are wise sages. The unruly mob will be held as strong, and ignorance will prevail over all.

3. Of the soul, and all concerning her, whereby she presumes that either she has been born deathless or that she will attain to deathlessness, as according to all that I have said to you:

All this will be considered not only a matter of jest and mockery, but even as vanity.

Believe me, if you will, that the penalty of death shall even be decreed to him who shall devote himself to the Pure Knowledge.

New legislation will be enforced, a novel law; nothing that is sacred, nothing holy, nothing that is worthy of the Heaven, or Gods in Heaven, shall ever be heard, or even believed in the mind.

4. The sorrowful departure of the Gods from humankind takes place. Only noxious spirits remain, who mingled with humanity will lay their hands on them, and drive the wretched folk to every reckless evil—to wars, and robberies, deceits, and all those things that are opposed to the soul’s very nature.

Then the Earth shall no longer hold together. The sea shall no longer be sailed upon. The Heaven shall not continue with the courses of the stars, nor the star-courses in Heaven.

The voice of every God shall cease in the Great Silence that no one can break. The fruits of Earth shall rot. Earth shall no longer bring forth. The air itself shall faint away in despair of that sad listlessness.

1. This, when it comes, shall be the world’s old age and impiety, denoting irregularity and irrationality in all things.

Asclepius, when these things all come to pass, then the Great Old Ones, to thwart the criminals, and to cancel the error of the corruption of all things, to restore all things so as to be in accordance with Divine Will, shall put an end to the evil. It will be washed away with water-flood, or burnt away with fire or forcibly expelled with war and famine.[2] The Holy Spirit will restore the Cosmos to its ancient form, so that the world shall once again be loved and worshipped. And once again, ceaseless praises and hymns of blessing will be sent forth.

2. In this rebirth of Cosmos is the renewal of all good things, and the holiest return of Nature’s self, by means of divine ordinance—of Nature, which was without beginning, and which is without an end. For the Divine Will has no beginning; it is ever the same and as it is, without end.

This then, is the Divine Will, and the whole world her Image.

Notes on Prophecy of Hermes

1. The original version of this Graeco Egyptian sacred text can be studied in Thrice-Greatest Hermes, Vol. 2, translated by G.R.S. Mead (1906).
2. Mut and her consort Amoun, along with their son Khonsu, were revered at the great Temple of Karnak in Thebes, Upper Egypt (Egyptian Waset). As with Hathoor and Neïth, Mut was in very ancient times the Creatrix whose divine son or child was born by parthenogenesis—no father was required. Also, Amoun replaced Mentu, a Typhonian form of Ra, at Thebes in the 21st century BCE. The cult of Mentu, as with that of Mut, nonetheless endured.
3. This line is from the Greek original, as quoted by Lactantius (D. I., vii, 8). See Mead’s footnote 3, pp. 224, Thrice-Greatest Hermes.

© Oliver St. John 2021
This article is abridged from the book, Nu Hermetica—Initiation and Metaphysical Reality.