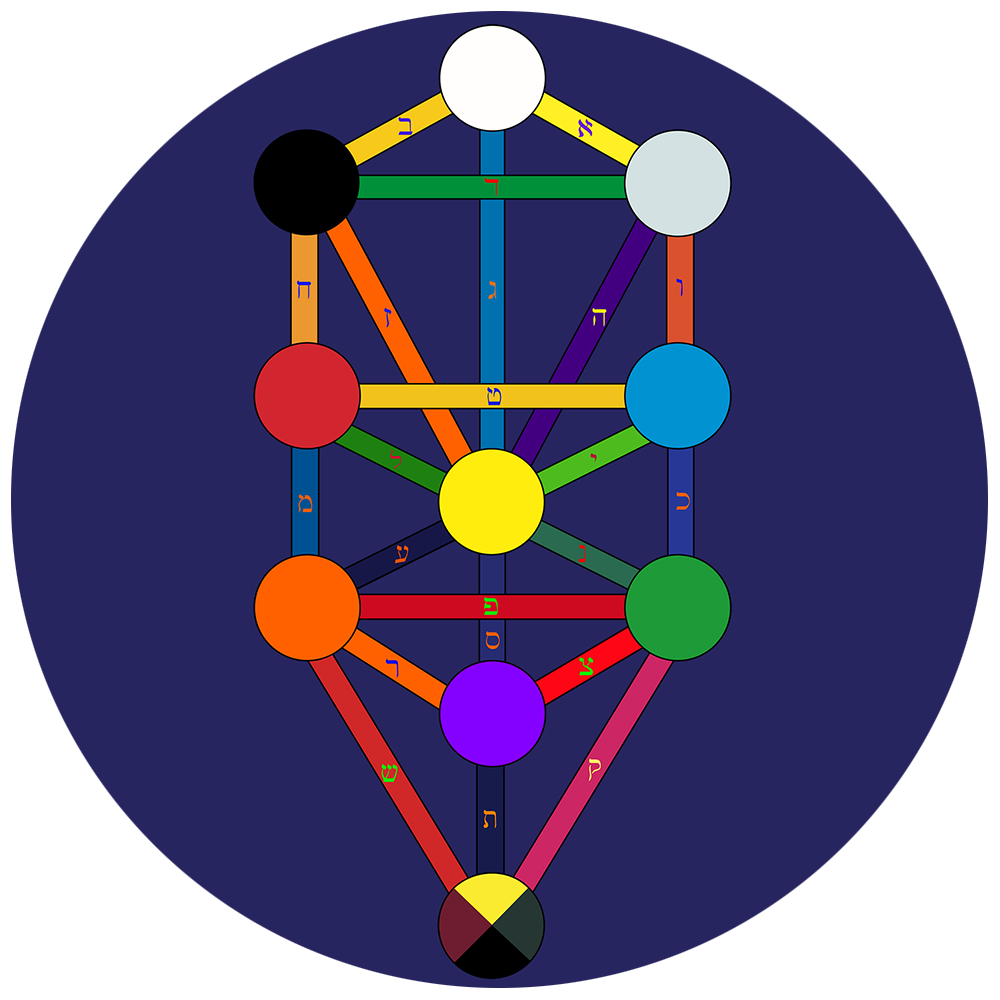 The Hermetic Qabalah Foundation is the best place to begin for those who desire a thorough grounding in magick. Here is the Qabalah in theory and practice. The mode of practical work in the Hermetic Qabalah Foundation course is to travel the Tree of Life from top to bottom instead of bottom to top. The method was first developed by the Helios Group in England in the late 1950s. The Helios Group was a project that was developed in association with the Fraternity of Inner Light. The author and Qabalist Gareth Knight (Basil Wilby) had much to do with what was then called the Helios Course in practical Qabalah, in consultation with Israel Regardie. The bulk of that course, fifty lessons and fifty months of study and work, was penned by WE Butler, working on commission.

The modern Hermetic Qabalah Foundation bears little comparison with the Helios course; there is no Arthurian symbolism, no Graal castle and, with all due respect to our mentors, ‘Thelema’ is not a word used to clear the room after a party. The course takes one year to complete.

There is in reality no such thing as a beginner’s course in magick. The ancient Egyptians did not have one set of hieroglyphs for novices and another set for priest-kings; they are all the same hieroglyphs. The Hermetic Qabalah Foundation was written and structured in such a way as to teach the novice how to make their way through the labyrinth of symbolism that pervades the subject. The course also serves the purpose of enabling the student that is properly prepared a chance to forge the necessary inner-plane contacts. If a master of magick were to work their way through the same course, they would not be wasting one minute of their time, for they would work it to their own level of ability and knowledge.

The primary objective of the Great Work is the Knowledge and Conversation of the Holy Guardian Angel. In many ways the Angel can be regarded as a divine lover, for the Knowledge and Conversation is the most complete form of consummation within human experience. Qabalistically, the union takes place in Tiphereth, the heart and centre of the Tree of Life. This then becomes the seat of the True Will or True Self. In the normal state of affairs Tiphereth is merely the place of the human ego, which has usurped the position of its true ruler, prince and king. The mundane chakra attributed to Tiphereth—its physical vehicle in the cosmos—is the Sun. The symbol used for this star is a circle with a point in the centre. The circle with a point in the centre is also the symbol of Kether concentrated from the Ain Soph Aur, infinity, from which emerges the point of consciousness. As Kether is in Malkuth and Malkuth is in Kether, the Vision of the Holy Guardian Angel is attributed to Malkuth on the Tree. The Holy Guardian Angel informs the person while they are incarnated in a body of flesh—the Great Work as understood by Hermeticists is not something that is postponed until an after-life.[1]

View all Ordo Astri Imprimatur books
Subscribe to our monthly Journal, The 93 Current. The Journal is free of charge and is delivered by email.

The ‘Bornless Ritual’ is an ancient Coptic spell of exorcism retrieved from a fragment of papyrus. A translation of it was circulated among members of the historical Golden Dawn. Various attempts have since been made to create from it a ritual for the invocation of the Holy Guardian Angel.

Liber Zain, the version of the ritual we give here, owes a good deal to those who have worked on the ritual since the dissolution of the 1888 Golden Dawn. Our further modifications were made, for the most part, to preserve continuity with our stellar ritual schema.

Liber Zain requires careful preparations. A period of six months, between the equinoxes or solstices of the year, is deemed a reasonable time limit for the operation. One must be able to perform the ritual alone and undisturbed. The ritual and yoga is done on a strict daily basis along with other observances or ‘catch exercises’. One must be continually aware of the Great Work.

Some of the difficulties of this working are technical. The ritual demands a great deal of expertise on the part of the practitioner. It is often supposed that one must only perform a ritual. In fact, the ritual is a preparation for intense yoga meditation. Even the ritual itself is yoga, when we know how to do ritual properly.

Some confusion has arisen from the literary legacy surrounding the working. It has been identified with the procedure described in The Book of the Sacred Magic of Abramelin the Mage. The Abramelin Operation is rooted in the Jewish religious and esoteric tradition. The only thing the Bornless Ritual has in common with the Abramelin Operation is the use of the term, ‘Holy Guardian Angel’.

The Knowledge and Conversation of the Holy Guardian Angel has its Qabalistic basis in Tiphereth of Yetzirah. By reflex, the eidolen of the Messenger informs the heart and mind of the practitioner in Tiphereth of Assiah.26 This should have been set in motion by the Neophyte admission ritual of The Phoenix. The Vision of the Holy Guardian Angel is therefore ascribed to Malkuth. Malkuth is Kether, but after another fashion.

The Phoenix is the rite of admission to Neophyte 1 = 10, the first degree of the Order. The first degree is sometimes called the ‘Grade of Earth’ because it corresponds to Malkuth, the Kingdom. The ritual has its basis in the Golden Dawn Neophyte ceremony. Within it are the keys to forging the necessary inner plane contacts. 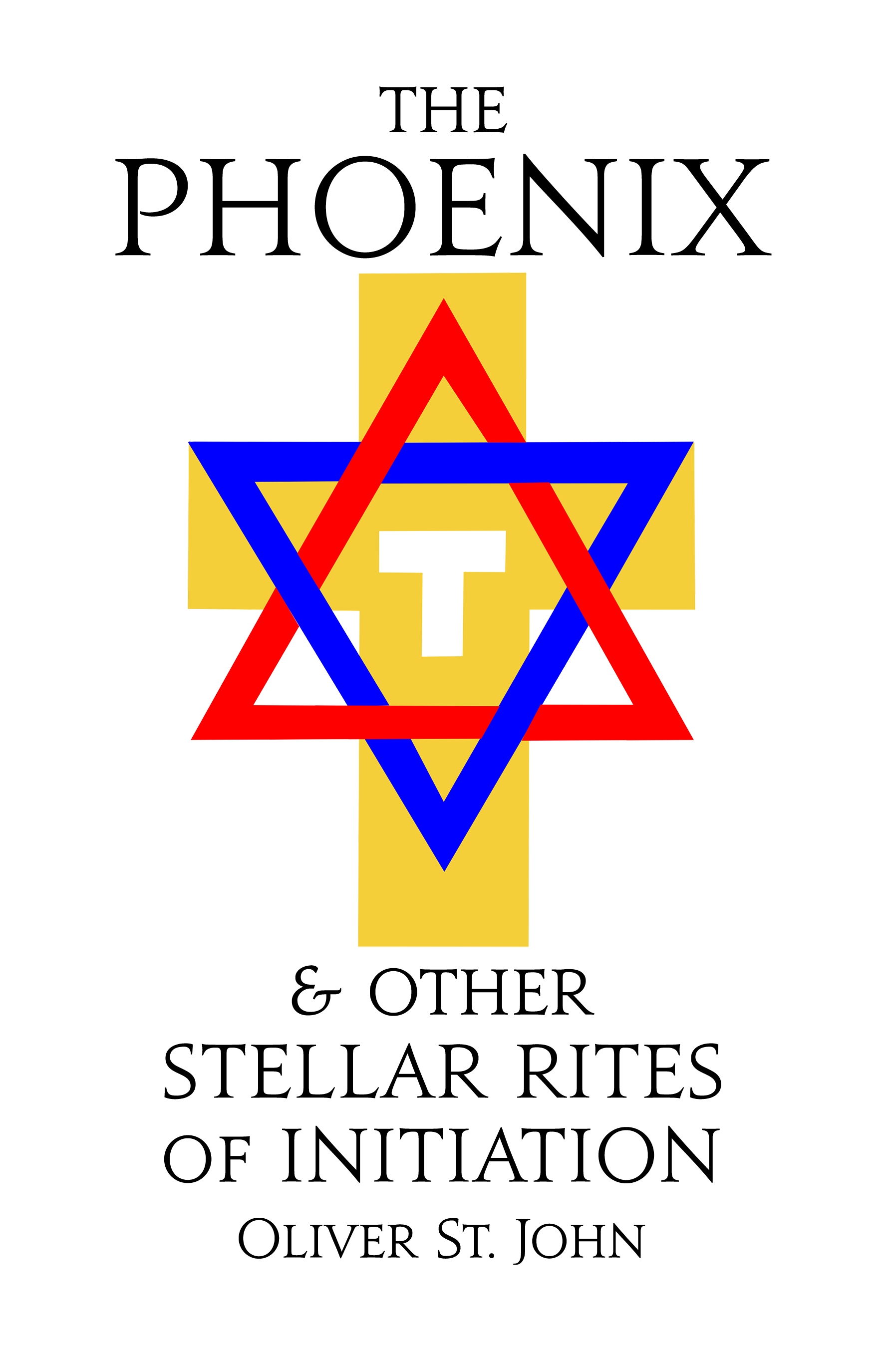 The key initiations are those that ascend the middle pillar of the Tree of Life. We therefore include with this book the admission to the grade of Zelator 2 = 9, The Ceremony for making the Khu perfect. The Adeptus Minor 5 = 6 does not truly enter the Second Order until the Knowledge and Conversation of the Holy Guardian Angel is experienced. We therefore present here Liber 717 or Zain, our dynamic interpretation of the Graeco Egyptian ‘Bornless Ritual’.

The two pillars of initiation are theoretical knowledge, involving study and thought, and the concentration of mind that is developed with yoga, when that term is understood in the real sense (‘union’). These are ‘Knowledge and Wisdom’. The effective operation of ritual requires the practitioner or the officers to be proficient at working in their astrosome or body of light. The initiating officers perform the ritual on subtle levels that are completely invisible to any observer. Likewise, any spiritual influence that may be transmitted will usually be unperceived even by the Neophyte—yet no ritual can be effective without it. The operators must be capable of projecting astral forms and must understand the use of the ritual sonics. Sometimes Egyptian Godforms are exteriorised into their stations throughout the ceremony. At the close of the ceremony, they are withdrawn.

The three rituals of initiation given here each come with full commentaries. The ‘flashing colours’ are particular to the Magick of Light and have a special rôle in theurgical rites. The book is therefore printed on photographic paper and includes 35 luxurious full colour diagrams and graphic illustrations.

View or order The Phoenix and other Stellar Rites of Initiation.

Subscribe to our monthly Journal: The 93 Current.
The Journal is free of charge and is delivered by email.