We never resort to psychism. However, our curriculum contains a great deal of what can be termed ‘psychic development’, through applications of Hermetic Science. Skrying, for example, properly done, involves the quite traditional concentration on a symbol, so that a ‘flow of knowledge’ (dhyana) comes about. 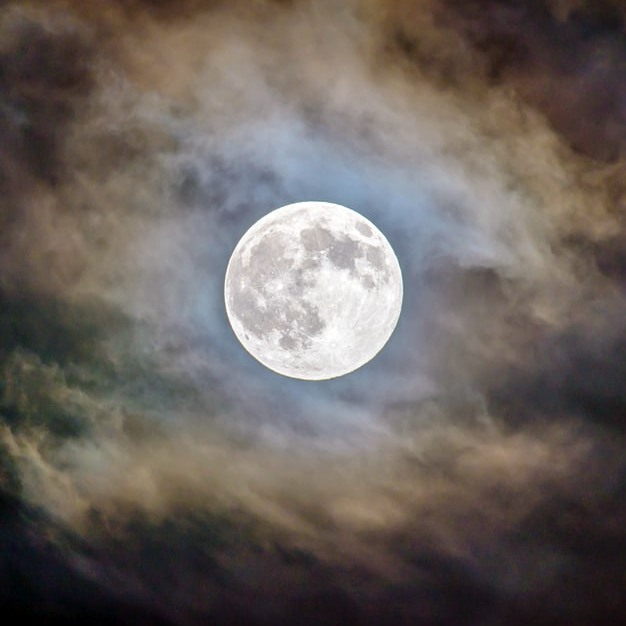 ‘Skrying’ means ‘seeing’, and is closely related to the Sanskrit word dharana, which means ‘concentration’ in the technical sense but literally means ‘a window’ or ‘point of view’. Rising on the planes, when correctly understood, is a form of tantra-yoga, combining the activation of the Serpent Power (Shakti) with the equivalent of mantra (words and spells) and yantra (sacred image). So long as we keep the goal in sight, which is identical to that of yoga in the real sense, we should not go too far astray.[1] There is a risk, especially when a natural facility already exists, of over-developing the psychic faculty and becoming excessively reliant on it, even to the exclusion of all else—which is a real danger. It is not intended that results of the psychic order should be given objective validity. It goes without saying that neither are such results to be counted in any way as being important or significant in the scheme of things. The psychic realm has nothing to do with the spiritual realm, as by definition that which pertains to the psyche is strictly limited to the individuality and reaches no further—a matter we shall come back to.

Psychism, on the other hand, is a very different thing, and we have always spoken out against this. Psychism is a branch of the occult that has its origins as recently as the latter part of the nineteenth century. It should be noted in passing that public knowledge of this is non-existent—for opinions are guided by ‘news’ and ‘information’ that reduces everything to the most simplistic and grossly material level. While it is obvious that mediums and even ‘gurus’ in some cases have used the tricks and illusions of stagecraft to produce their manifestations, what is not so obvious to a gullible and easily deceived public is that such exposure or debunking rests on a confusion of the psychic realm with the material realm. A psychic occurrence cannot by definition, even though it exists on the most inferior of the subtle planes, exist on the material plane, where it can be subjected to all the ‘tests’ and ‘proving’ of profane science. Those who write or speak about this with total confidence in their superior understanding in fact know absolutely nothing about the subject whatsoever, for to them the psychic realm has no existence, let alone the spiritual. The irony that these same commentators are wholly deceived by the tricks and illusions of so-called ‘science’ escapes them completely. 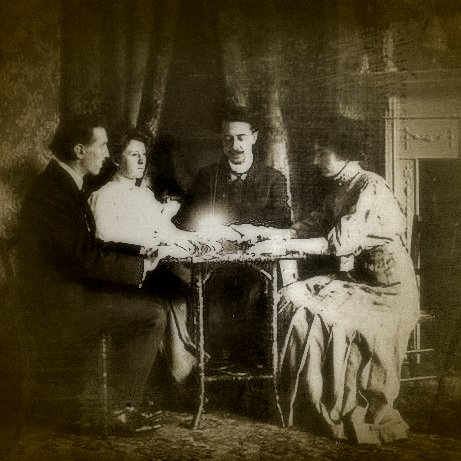 We are not then denying the existence, relative though it is, of psychic phenomena or its effects. Psychism, which has no doubt captivated the interest of many persons that are perfectly sincere—though that is no justification in itself—admits no real knowledge. It reduces everything to the psychic level and even the infra or sub-human levels of manifestation, though it knows not the real source of its ‘visions’ and ‘spirit-guides’. Psychism is the habitual and passive resort to the lowest of the subtle levels. Its advocates frequently embrace or claim to practice many elements of the Occult Science though not understanding them at all, reducing them to their most inferior level of manifestation. The use of magical correspondences, for example, which has traditionally served to train the mind, is translated into a vague search for ‘signs’ and ‘omens’, not only in what passes for a form of magick but that is also extended into every area of life so that it becomes a matter of habit. While the person cannot coherently explain the meaning of such ‘coincidences’ they nonetheless insist on treating them as if they had some profound import.

The products of psychism are completely illusory and meaningless. There are, however, even worse and more degraded forms of psychism than those described above, such as ‘channelling’. The agents of confusion and subversion that adopt this mode will even claim that the reams of quasi-mystical gibberish they produce derive from a source of ‘higher wisdom’. It is evident that such advice comes from a source much nearer to the limited imagining of the channellers than any extraterrestrial or trans-mundane source. The banal content is invariably heavy with illiterate New Age jargon, popular clichés and faux-psychology.

Quietism is really a further form of psychism of a very low order. Although the term ‘Quietism’ fell out of use long ago, the attitude it describes has persisted and increased within the field of what now passes for spirituality.[2] Quietists also admit no knowledge but pretend, by implication, belief and behaviour, to all knowledge. They take refuge in a complete distortion of the non-action doctrine of the East, refusing to do anything at all so that all comes to them ‘miraculously’, dropping into their lap as manna from heaven, not seeing in any way that this ‘manna’ consists of nothing but flattery and vain pretensions. These will often form loose alliances with professional psychics, mediums and channellers for mutual flattery and to increase the spread of their poison to the gullible and poorly educated. In fact, the so-called education of everyone by now is no more than a matter of enforced acceptance of a profane outlook on all things, for that is even a requirement to achieve ‘qualifications’, whether at school or university level.

The growth of psychism in all its forms was aided and abetted by the Theosophist movement and those influenced by it. It eventually opened the floodgates for the full onset of the anti-spiritual and anti-initiatic second level of the occult revival that took place from the 1950s and onward, replete with well publicised ‘witchcraft’ poseurs and sham Golden Dawn revivalists. The degradation was made complete by the New Age movement that emerged from the 1970s and onward. This hungrily devoured all the remnants of traditional knowledge, including various forms of Shamanism, and quickly subverted them towards wholly profane ends.

It has become increasingly difficult for our students and members—many of whom were born at a time when subversion of all previous knowledge was more or less complete—to know anything about the spiritual realm at all. It has been sealed off by the ‘plan’ that Guénon wrote of 70 years ago now.[3] By subverting all spiritual knowledge, or to put this more accurately, its symbols and doctrines, and relegating everything to the realm of the psyche, the individual and the ‘material’, a hard shell was formed across the ceiling of human intellect—and this even impacts, as Guénon has revealed in the aforementioned work, upon the cosmic and terrestrial environment. Once the sealing shut of the upper worlds is accomplished, only the psychic realm remains for refuge. Although the spiritual domain is completely out of reach of the profane—for to them it does not exist—the psychic realm can be reached and manipulated by profane governance, which is in turn controlled by the Qliphoth. The psychic plane can also be reached and manipulated by pretended ‘spiritual’ and ‘magical’ individuals and organisations.

The ways are closed off by now to most people in the world but it is still possible for an initiatic organisation to open them. So long as real initiation takes place, such an organisation is able to support further initiation. At the same time the reception of a spiritual influence makes it completely immune to the attacks made on it from the outer (or infra) darkness. However, the prospective candidates must be able to totally eradicate from their thinking all allegiance to the profane world, resisting every lure to engage in the personal, corporeal and sensual world to the exclusion of all else—for to do so only assists in closing the door to initiation ever more tightly.

Guénon’s masterwork includes a precise explanation of the incursion of the Qliphoth at the end of time. The doctrine exists in sacred traditions in most if not all cultures.[4] The incursion is made possible by fissures opening in the human artificial construct from below, whereas mankind has sealed off the ‘above’ so that no spiritual influences can neutralise the destructive power of the infernal forces. The use of the word ‘infernal’ here is meant to specifically describe the realm of the infra-corporeal or of sub-manifestation, which is to say that such agencies exist at the most inferior level possible, for any further degree would render them completely non-existent. As it is, their existence is only relative but their effect is real enough in the corporeal and psychic realms, which is the limit of their reach.

That which was implemented in our world from the spring equinox of 2020 and onward is undoubtedly the greatest deception of all time. Though it was prepared long ago, this latest phase is a vast acceleration towards the final dissolution that must come at the end of a Great Age or manvantara. Guénon is completely unique among those that have written on such matters in that he foresaw in precise detail everything that is going on in our world now, and at all levels of manifestation.[5] He was not in any way expressing what some would call a ‘personal’ point of view, as they can see nothing beyond the personal and relegate everything to that; on the contrary, Guénon’s prophetic vision was a remarkably perceptive application of initiation into traditional knowledge of a very high order.

1. Yoga means, in the traditional and real sense, ‘union’ and more particularly, union with God or to put it in the terms of Advaita Vedanta, realisation of Atman and Brahman.
2. ‘Spiritualism’ is another term rarely used now but which is descriptive of an anti-spiritual movement that has sought to substitute inferior forms of psychism for ‘spiritual contact’, as if there was no difference.
3. ‘Fissures in the Great Wall’ and associated chapters in The Reign of Quantity and the Signs of the Times [Sophia Perennis].
4. The orientalist Kenneth Grant incorporated this in his writings but as with so much else he inverted the symbolism. He thus confused the spiritual with the demonic or infernal to such an extent that his followers and others influenced by the same stream have unwittingly worked on the side of self-destruction and anti-initiation.
5. See also Guénon, Crisis of the Modern World [Sophia Perennis].