According to the entry for 318 in The Flaming Sword Sepher Sephiroth, the Enochian word ZOMAR denotes ‘Stellar Intelligence’.[1] The word is variously translated as ‘radiant knowledge’, ‘incantation’, ‘centre’ and ‘concentration’. 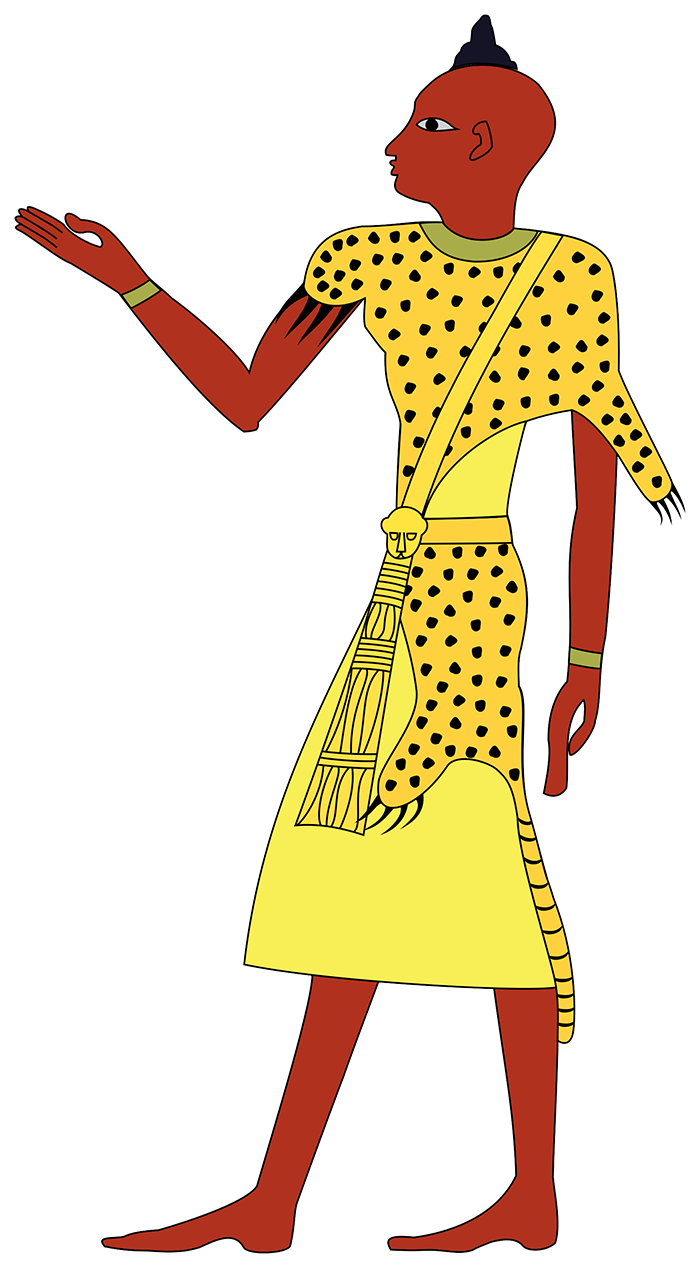 Bid me within thine House to dwell, o wingéd snake of light, Hadit.

There are said to be five Enochian words that formulate the pentagram of the womb of Da’ath, according to the Flaming Sword. Four of these words are familiar to every student. They are used to charge the pentagrams about the four quarters of the ritual circle. While countless practitioners intone these four words on a daily basis, how many of them know anything about the word from which the other four sprang forth? And what, the student may well ask, does the womb of Da’ath have to do with the Lesser Ritual of the Pentagram? Or the Enochian system of magick? First, we must explain how the five Enochian words correspond to the womb of Da’ath.

Five sephiroth enclose the womb of Da’ath in which is suspended the Babe of the Abyss in the mudra of Typhon Inversus. ZOMAR, 318, is attributed to Tiphereth to formulate the apex of the averse pentagram, and Kether for that of the upright pentagram.[3]

Each of the four Kerubic names sent forth to square the circle of the infinite contains the letter of the Law, ‘L’, which is that of Libra or Ma’at. The four L’s form the circle-cross, a symbol of the ‘secret word’ mentioned in the (Egyptian) Book of the Law.[4]

It is (or should be) common knowledge among practitioners that when performing the Lesser Ritual of the Pentagram one stands theoretically at the junction of the paths of Samekh and Pé. The four quarters of the circle are thus elementally assigned to Air, Tiphereth, Fire, Netzach, Water, Hod, and Yesod as the basis or altar placed upon Malkuth. In the traditional or historical Golden Dawn version of the ritual, the Archangels of these sephiroth were evoked: Raphael, Michael, Gabriel and Auriel respectively.

The points of the pentagram are assigned to the four elements plus Spirit. This effectively evokes the lower half of the Tree of Life, though when the full elemental invocations are used, the lower sephiroth are linked to the higher. Once the Adeptus Minor has entered the Sanctum Sanctorum, the work does not stop there. It becomes necessary to depart from the equilibrium of the middle pillar and work the paths of the Hanged Man (23rd) and Ma’at (22nd). There must be a reversal of the entire attitude or mudra of the Adept. When this is accomplished, the lower half of the Tree effectively ‘folds up’ into the upper half. Before long—though there is no exact measure in terrestrial time—another Babe of the Abyss will swear the Oath and undertake the ordeal ‘x’. Thus, in our adaptation of the Lesser Ritual of the Pentagram, the whole path is adumbrated.[5]

The determinative for Hathoor (left) depicts Horus as a falcon within the ‘house’ of Hathoor. It is a type of Khabs star within a Khu or dwelling. Het-Hor (Hathoor) means, ‘House of Horus’. She is the Khabs in the Khu after another fashion. As revealed by Aiwass in AL, I: 8–9:

Through the discriminating faculty of Horus, the soul realises herself as a Khu. The Khu is realised in turn as the Khabs, becoming a star, the House of Hadit, Atman or KIA in other terms. The Thelemic star in the company of heaven, infinite plurality, differs from Advaita (Non-Dualism). Advaita insists that Atman and Brahman are one, and that there is (therefore) one God alone. This is posited as the only True Self, the unitary intelligence or Monad, ‘Not Two’. From there, postmodern cults posited Isolate Intelligence, the KIA as sole self-seeking-pleasure! However, the Monad is the lie of non-existence, owing to a rational creed. It derives from the classical Greeks—or at least, it came to us that way. When philosophy ceased to be regarded as a preparation for theurgy and became seen as an end in itself, the Orphic Mysteries were misconstrued—for these are far more ancient than the classical period, from whence modern ‘history’ begins.[7] From this rationalised reinvention of the mysteries, comes forth the self-contradiction of Shankara, the renunciationist, who declares the ego as the cause of perpetual rebirth in Maya. The ego does not exist on its own ground. How then can it ‘reincarnate’? There is nothing to reincarnate. This is what is meant by the ‘Dogs of Reason’ in Liber AL. More specifically, it is the rationalist influence on Buddhistic and Advaitan thought. Socrates, for example, founded the canine brood of rational philosophy, where the ‘ideal man’ (or youth) usurped the rôle of women in the mysteries.

Ganymede, the cup-bearer to Zeus, was a blasphemous interposition. This could only come about when the real meaning of the mysteries was forgotten and the old Gods relegated to personifications of mere natural phenomena. It was the beginning of the Dark Age of materialism, which has by now reached its apotheosis.[8] Pythagoras may have known the ‘secret’—that numbers only obtain below the Abyss—but was sworn to keep silence, after the manner of his Egyptian mentors. The rationalist movement, who could only perceive the universe in terms of numbers—the phantasmal Figures of Night—could only conjecture on that which was never disclosed to the profane.

The Atman or KIA as star in the company of heaven is neither ‘one’ nor ‘many’. The doctrine of ‘Impermanence’ declares that anything that moves or changes is not real. Therefore, the Real itself does not move or change in any way, and is the sole ‘permanent’. In nature, such a thing is dead, nay, impossible. In Liber AL, II: 45 it is declared,

There is death for the dogs.

The declaration of Aiwass is emphatic. Both Eastern and Western philosophy holds to a mistaken notion of a Monad, or Monadic Intelligence. This is precisely the error of positing that the Khu or self-soul is in the Khabs—where this is perceived as the unitary ‘one’. The doctrine insidiously persuades the Nihilist of ‘nothing’ as fact. It persuades many sincere seekers that the negation of the self is a path to knowing Reality. To the slaves of reason it serves as a lure to become lost in labyrinthine metaphysics, or worse, psychologisation of the mysteries.[9] In the outer world, we have the horror of isolationism, which can be seen as the apotheosis of a degeneration that, according to René Guénon has taken 6000 years to accomplish.[10] The wholesale degeneration of the intellect arises from reason-born phantasm—as does the ‘universe made of numbers’. Number obtains only below the Abyss, the threshold of human reason. The Monad, the Alone-Self-One, is the False Crown of the Abyss.

1. The main entry for ZOMAR is under the number 150 in the first and Second Editions (2017) of The Flaming Sword Sepher Sephiroth. The note on the “Five Enochian words that formulate the pentagram of the womb of Da’ath” is given under HOLQ, 79, though in a somewhat encrypted fashion. One aim of the present essay is to shed further light on that entry.
2. The association between ZOM, the Enochian 3rd Aethyr, and the 12th path of the Magician I of the Tarot, is based on empirical evidence. That is to say, knowledge gained through theurgic practice. Crowley’s vision of ZOM, gained with the help of Victor Neuberg in the Bou Saâda desert, was one of madness and horror. This is understandable, for Crowley believed in the Monad or ‘Self-Alone God’. When ascending the path of Beth, the ‘house’, or ‘tent for a nomad’, the Khu is realised as an abode formed from the emanations of the Khabs star. ZOM, the 3rd Aethyr, is not particularly horrible for those who have assimilated the knowledge of Esoteric Thelema, or to put it another way, those who are not constrained by the Abyss, which is only the lower aspect of Da’ath.
3. This is, technically, the work of the Adeptus Major 6=5. See ‘Elevenfold Star of Initiation’, Babalon Unveiled! Thelemic Monographs.
4. Liber AL, I: 20: “The key of the rituals is in the secret word which I have given unto him.” Interestingly, ZOMAR has no ‘L’, as do the other names. The Enochian ‘L’ (called Ur) corresponds to the Moon waxing in Cancer, signifying the realisation or fulmination of the magical Khu body. Thus ZOMAR is in this respect the ‘star’ or Khabs in the Khu formed by the circle-cross.
5. The esoteric Lesser Ritual of the Pentagram is given in various publications, including Hermetic Qabalah Foundation—Complete Course and The Enterer of the Threshold. An important development of the ritual, called ‘The Gates of Babalon’ is given in Ritual Magick—Initiation of the Star and Snake. See ‘books‘, Ordo Astri.
6. Liber AL, III: 47.
7. It is beyond the scope of an article such as this to attempt an explanation of Esoteric Thelema. The serious student must study ‘Lapis Philosophorum’, Babalon Unveiled! Thelemic Monographs [ibid].
8. See René Guénon, The Crisis of the Modern World. There is an article on the Ordo Astri website that quotes from the last two pages of that essay. See, ‘Crisis of the Modern World Revisited’.
9. It should be remarked that intellect and reason are not at all the same thing.
10. See René Guénon [ibid].