Magical Orders: We here explore the relation between Thelema and magical Orders in the Rosicrucian tradition. 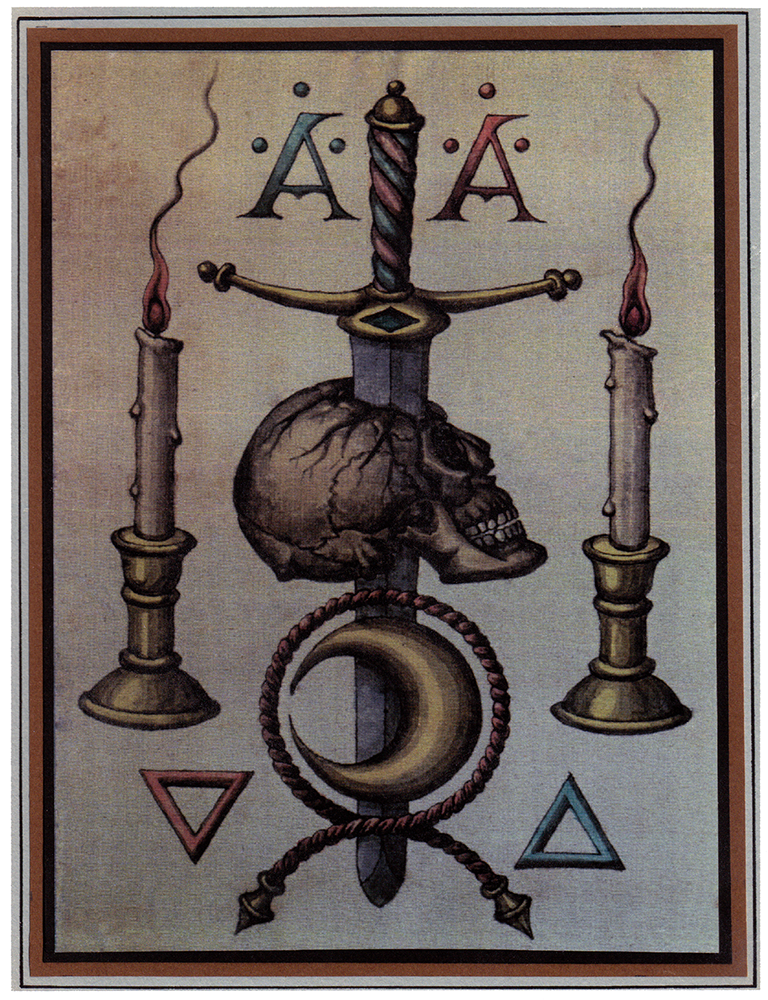 The true function of an initiatic Order is transmission. Such transmission has its source outside of and beyond the human sphere, or sphere of the individuality. It should easily then be seen that such a purpose cannot possibly be fulfilled through any social or political agenda. According to René Guénon,

“… it is easy to understand that the role of the individual who confers initiation on another is veritably one of transmitter in the most exact sense of the word. Such a person does not act as an individual, but as the support of an influence not belonging to the individual order; he is only a link in the chain of which the starting-point lies outside and beyond humanity. This is why he acts not in his own name but in the name of the organisation to which he is attached and from which he holds his powers; or, more exactly still, he acts in the name of the principle that the organisation visibly represents.”

The fact that such transmission takes place, however, does not in itself mean that effective initiation is a certainty, for there must be latency within the person that makes it possible. There are also other factors, educational, social and environmental, for example, that may determine if a person is ‘qualified’ for initiation. It can happen that a person is so resistant to spiritual realisation that they are impervious to its influence. It is said in all traditions that the person must be prepared to make a sacrifice. A sacrifice can have various meanings, including the proper performance of rites, but first and foremost, the ego and its accumulated obstructive aggregates must essentially be realised as having no true or real existence, save as a distorted mirror image composed of reflections and impressions.

Disparate traditions, including deviations from tradition—which would include all modern organisations—are nonetheless linked as though by an invisible chain so long as they still carry the possibility of initiation. ‘Initiation’ in the true or real sense is not merely ‘to start something off’, as is suggested by the etymology of the word, but refers to initiatic transmission conveyed through authentic tradition. However, this can apply no matter how obscure that tradition has become, even when it has become obscure to the members that make up the external body of an organisation.

The Rosicrucian fraternity, if it can be called that, is esoteric, not exoteric or religious as such. The primary aim is to obtain direct knowledge as distinct from ‘salvation’ through belief. The ancient feminine rôle as Initiatrix is frequently veiled in symbolism such as the rose, or the glyph of Venus. Late Rosicrucian source texts make it clear that what the fraternity alludes to is first and foremost active and alive on the interior, although one could be excused for thinking otherwise if studying scholarly works that are dedicated to producing evidence of facts, dates and names of personages. Contrary to such misleading presentations, the Order of the Rose Cross is not a name for historical clubs, archaic fraternities or ‘societies’, whether secret or otherwise.

The true Rosicrucian Order vanished from Europe long before its name was carried as a banner by esotericists. We must then take into account modern forms of this. The grade or degree system is very frequently divided into three Orders, an outer, an inner, and one that surpasses and transcends all the considerations of the first two. The titles afforded these symbolise, properly speaking, varying degrees of spiritual realisation. This requires an initiatic ‘chain’: any person that founds an Order of the Golden Dawn—that is, the first five grades—must be in contact with the three higher degrees of the Order of the Rosy Cross. And likewise, anyone that founds an Order of the Rosy Cross must be in contact with the supernal Order of the Silver Star. The Tree of Life ‘begins’ with Kether—it is not possible to start an initiatic Order from a position halfway down the Tree and pretend there is nothing above, as sometimes is the case!

None of these considerations discourage the fantasists, who set up their own puppet theatre in which they play the starring rôle. It is quite common to hear of those who claim to have ‘crossed the Abyss’, so making an initiatic ‘journey’ from the second to the third Order. They will even imagine they have accomplished this through magical or psychic means, which proves they lack the elementary knowledge that would be necessary to take the first step towards any real and effective initiation. Organisations known generically as the A∴A∴ will, on the other hand, usually assert exclusive ‘lineage’ and rights to the name, which was only an invention of Aleister Crowley in the first place. Curiously, some groups prefer to be mysterious—or even mysteriously ignorant—as to what the abbreviated title stands for.

Aster Argos (archaic Greek) or ‘Silver Star’ is the title of the Order corresponding to the supernal triad of the Tree of Life. In Latin, it is Argenteum Astrum.[1] The name is derived from Priestess of the Silver Star, the title afforded to Tarot Atu II by MacGregor Mathers, founder of the Order of the Golden Dawn. The trump is assigned to the thirteenth path of Gimel, which the title alludes to. The path extends from Kether the Crown of the Tree of Life to Tiphereth, the centre of the individuality. In the Sepher Yetzirah, the thirteenth path is given the title the ‘Uniting Intelligence’. This is sometimes also translated as ‘Intelligence of the Unities’. Clearly, this secondary title cannot be in any way correct—for a unity cannot be a plurality, unless we are to suppose that Hebrew esotericism supported a kind of Monism, where each creature self or individuality is a self-contained unit. The real meaning becomes clear if we remember that the path extends from the first number (or sephira), Kether, which symbolises the ‘unity’ of the integral being. It is also the first path that links the supernal triad, the unity of three-in-one, with the lower spheres of the individuality.

Here then is the reconciliation of all that which would appear to be separate from the corporeal human perspective. The early Tarot trumps that were later assigned to the path depict not a priestess but a ‘Lady Pope’, owing to a peculiar legend. Firstly, this can indicate the loss of the feminine initiatic principle, which is exceedingly ancient, and was only present in pre-religious traditions. Secondly, there is the loss of any unitive doctrine, such as is represented by papal authority—we should remember that the need for restoration of a lost esotericism, as was attempted by the modernists, took place after the ascendancy of Protestantism, and in fact was inspired as late as the chaos and disorder of the French Revolution. When Crowley plagiarised Ekhartshousen’s Cloud on the Sanctuary to push his Order, he wanted to put forward a ‘Star in the West’, as a counter measure to the Theosophist pretence at bringing orientalism to the West. What is important here is that modern reinvented traditions all attempted to restore a lost tradition, however vain and misguided their efforts, relying as they did on magick and psychism. The ‘lost word’ may here be construed on more than one level.

1. The orientialist Kenneth Grant studied and copied the manuscripts and diaries of Crowley while posing as his ‘assistant’ at his retirement home in Hastings towards the end of his life. He found there the only unequivocal reference to the meaning of the two initial letters of the name.

‘Romance of the Magical Orders’ has been substantially revised for the Second Edition of Babalon Unveiled! Thelemic Monographs.