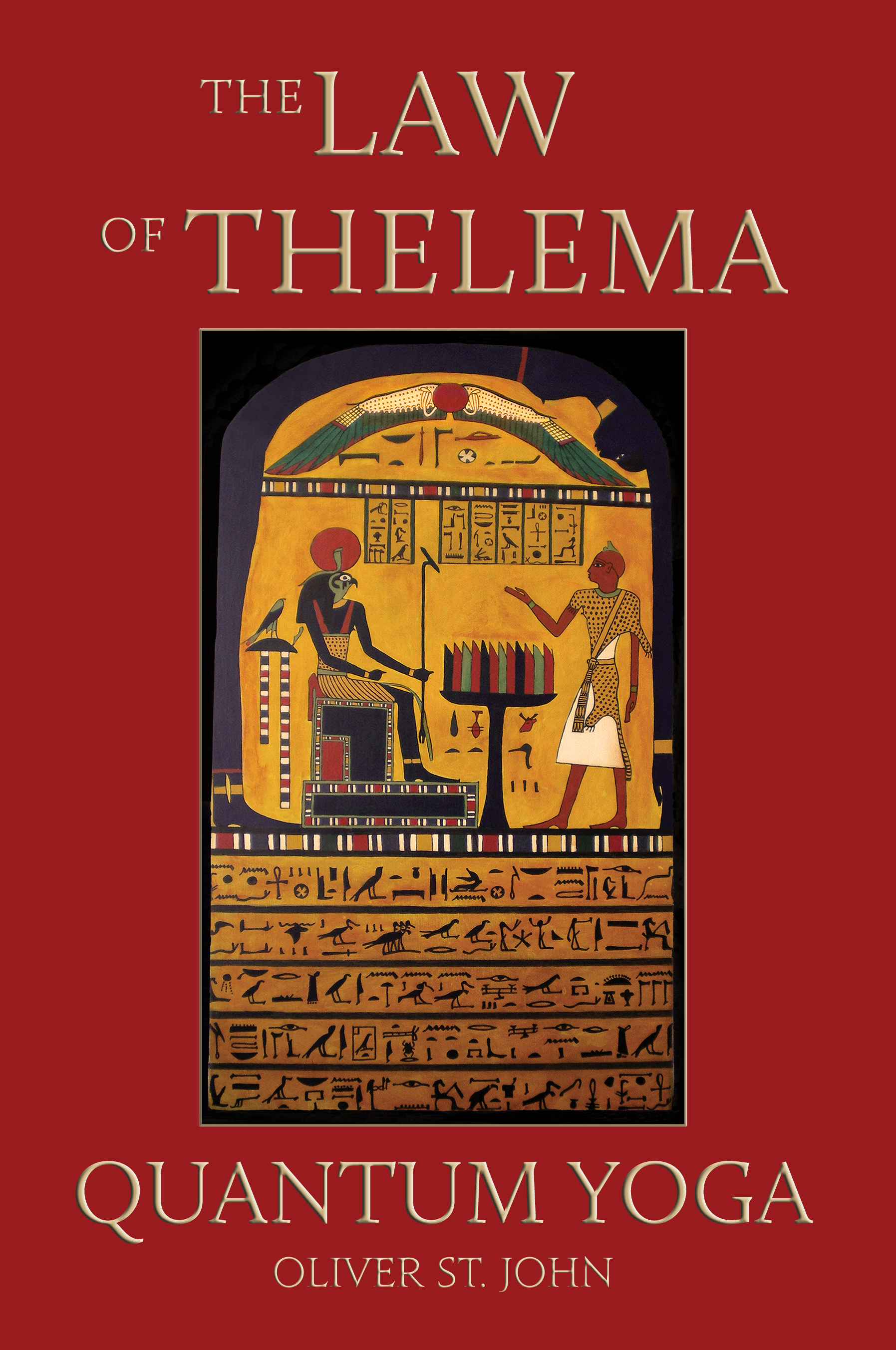 We do not appeal to the ‘writings of the Beast’ for interpretation of the Law of Thelema. Instead, we turn to the source of the transmission and examine Thelema in the light of the Hermetic tradition from which it emerged. The book, first published as The Ending of the Words—Magical Philosophy of Aleister Crowley (2007 e.v.), is in every way a received work, and needs to be treated as such by the reader. Fourteen years have passed since we completed the book’s first draft, and it is now time to disclose the Quantum Yoga treatise, or “Reification of Starlight”, that was not included in The Ending of the Words.

This work was tempered by correspondence with Kenneth Grant, who inspired the experimental magical operations that led to the book’s conception. The section entitled, Quantum Yoga, resulted from Grant’s suggestion that a commentary be written on his Liber 29 or Book of the Spider. With The Law of Thelema, we can now present “the secret teachings of the Typhonian Tradition, heretofore never revealed”. The text to The Ending of the Words has been updated to include the events of 2015 e.v. that fulfilled the prophecy encrypted in the third chapter of the Egyptian Book of the Law, Liber AL vel Legis.

Law of Thelema and the Atom

Using the atom as an analogy is an expedient means—a finger pointing at the moon. Everything in the book ultimately refers to Mind. The atom represents the root of mind formally manifesting the illusion of space-time. A Thelemic atom is an atom of consciousness, the smallest ‘unit’ thereof. Observing the atomic structure of matter is therefore a magical doorway, a mirror reflecting the secrets of the mind. The Adept of Thelema simply has to look at the atom’s structure and shed its material shell to understand himself—to understand his mind. The atomic body is thereby understood and realised as non-atomic—a realisation that the Egyptian Book of the Law calls the “Reward of Ra-Hoor Khut”:

The reader is left to play and ponder on the analogy. The Law of Thelema is one body of work; although we may be inclined to like or dislike various parts of it, it is a received totality that cannot be cut through or dismembered. Over time our understanding changes, and perhaps we develop better means for expressing the knowledge that has been passed on to us for the benefit of others. This is a natural occurrence.

The book emphasises the polymorphic, time-bound nature of form. Today, in our world system, atomic theory is a global collective delusion of the highest qliphothic order. Hence, it is a tantrik and magical means of the highest order also. We are magicians, not Advaitan; we are alchemists, here to turn dross into gold. What better fulcrum than the atomic analogy can we use to lift souls out of the conceptual, atomic world itself? Like cures like. The atomic analogy can help souls see through the atom and take the leap from matter to Mind by understanding clearly the Hermetic axiom, As Above, So Below. Void is everywhere, nothing but Mind—but Mind is spontaneously present as Form. Thus there is no seeking, everything is already there. The fact that ultimately nothing at all has any reality has sufficiently been established by countless schools. And yet, there is Magick and there is Love and there is Will! Yes, all things are empty, void, mere mental shells; but the Void creates. All it takes to emerge from the Great Darkness is to truly see that the shells are in themselves Words of Truth. That, no doubt, is very hard for reason to accept. Reason happily swaps one concept for another; reason will pretend to have passed beyond the concept of causality, while clinging to nihilism!

In conclusion, let us be sure that the meaning of our book is clear and unambiguous. The atom we speak of is non-objective—wholly beyond dualities such as existence and non-existence, delusion and enlightenment.

Subscribe to The 93 Current monthly Journal. The Journal is free of charge and is delivered by email.