Some of the passages in the (Egyptian) Book of the Law seem to have been put there expressly to bamboozle Aleister Crowley, the scribe. The same passages have befuddled many other persons since. Not least of which, is the passage of III: 47, which includes a word concerning the translation of the book into “all other tongues”. If the book is regarded as an encrypted esoteric treatise, there is some chance that wisdom might send her kiss to soothe our troubled brows. If the book is approached in the same way that lay preachers sometimes choose to construe their ‘holy bibles’, as literal instruction to be blindly obeyed, then what is there to distinguish Thelemites from those who burned so-called witches at the stake on the advice of the biblical book of Exodus? Interestingly, perhaps, Crowley never authorised or produced a translation of Liber AL vel Legis in his lifetime, even though the book’s instruction of III: 47 is one that appears to have been delivered to him personally. 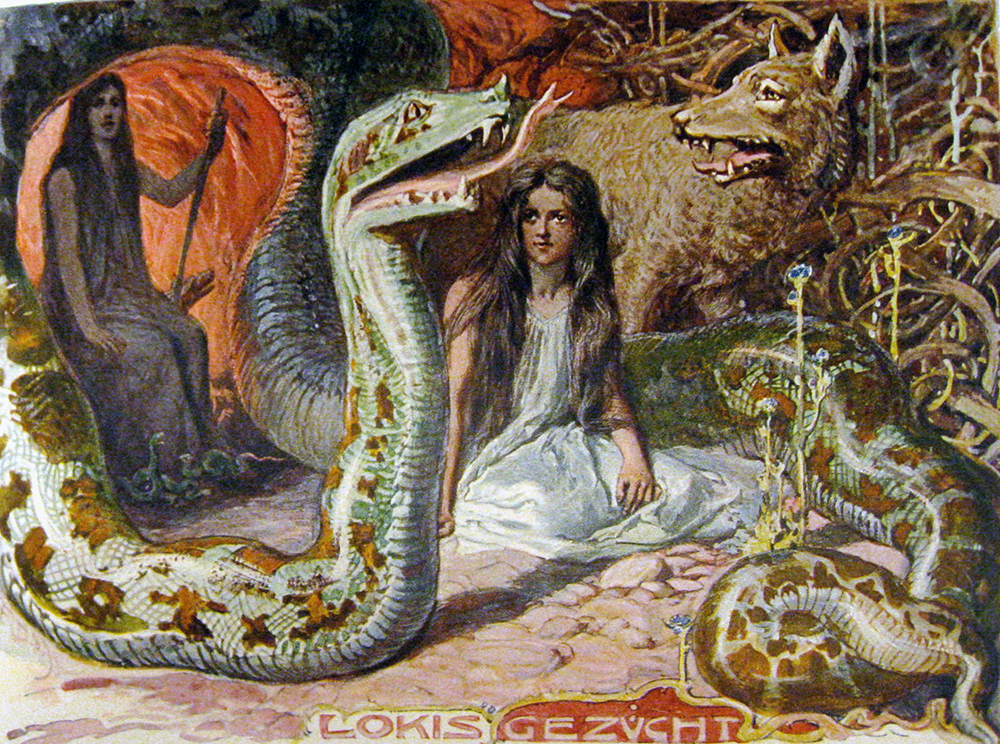 The written word may be taken literally or metaphorically. The laws of state governance, for example, are literally intended. Even then it is not straightforward; the difficulties of literal interpretation are such that a large army of lawyers and judges are required. When the written word is taken as spiritual wisdom, a matter for the soul, then the use of poetic metaphor is taken for granted. There is an exception to that. When persons wish to use scripture as a means of exercising political power and control, then the written word becomes a matter of dogmatic doctrinal assertion.

The eight hissing serpent words in the King James Bible version of Exodus, 22: 18, “Thou shalt not suffer a witch to live”, can be understood esoterically. There is a caveat to be applied to the Old Testament when applying the Qabalah to make sense of it. Some of the books, and Exodus is no exception, are merely political diatribes. Some chapters consist of lengthy lists of social and moral prohibitions and, as a consequence, dire curses and punishments to be meted out on sinners. The primary intention of producing such scriptures was to force mass compliance with emerging nation states. These require, along with the flag and usual hereditary emblems of governance, centralised religious worship to reinforce national identity. Military plans for conquest require finance and so increased taxation; by appealing to ignorance and xenophobia, support may be garnered for what would otherwise be unpopular legislation (what else is new?). Nonetheless, Aramaic, the language of the scriptures, is a magical language. As with ancient Egyptian hieroglyphics, the written word affords multiple levels of interpretation—for there is no vowel pointing to indicate precise meaning, as with Modern Hebrew.

The word that was translated as ‘witch’ in the King James edition (and most others) is KShP (400), a verb which means, ‘to use magick or sorcery’. The noun for a magician or sorcerer is AShP (381), and this same name is also used to describe astrologers, for example—who, in those times, were regarded no differently than astronomers and physicians. Ironically, the three magi that follow a star to witness the birth of the magical child Jesus of Nazareth, as recorded in the New Testament, were likewise astrologers or magicians. The Qabalistic Gematria for the numbers 381 and 400 yields rich treasure.[1] The association of keshef with the Egyptian word for the constellation we know as Ursa Major, ShPK, ‘foreleg (or thigh) of the Bull’, also bears much fruit. We can avoid digression, though, by simply looking into the name for ‘a person that does magick’. AShP is ashah, ‘woman’, or ‘fire’, with the letter of the ‘mouth’ or ‘utterance’ added (P). The old magick, persisting even centuries after the end of the precessional age of the Bull, always concerned oracular women or priestesses. From times of great antiquity, the serpent was the zoötype of the oracular word. Eve was named simply ‘the woman’ (ashah) in the first book of Genesis. Eve and the Serpent are one, as typified in Thelemic imagery by Babalon and the Beast. We may also think of the zodiacal Bull and its polar twin, glyphed by the serpent and eagle as well as the scorpion. Thus it is not uncommon to find ancient depictions of the magician as a woman, naked as the sky, with the wings of a bird and bearing two serpents, one in each hand, all set against a background of stars. The three letters of the verb ‘to do magick’ (KPSh) encompass all these ideas, along with their Yetziratic path and Tarot correspondences. The ‘hand’ (kaph) of the goddess Fortuna that turns the wheel or chakra of time; the word from the ‘mouth’ (pé) of the fire snake (shin).

The biblical association with the tricky Old Serpent produces the time-honoured instruction, known by every hermit, that if we succumb wholly to the proud persuasion of the reasoning intellect then we pour our life’s blood into the Ark of Evil and mistake dead things (including all ‘holy books’) for the living word. And that is exactly the error of the witch-burners and fundamentalists—not to mention the self-righteous worthies that sign up with the lynch mob every time the popular press pruriently parades the latest victim of some outrage—whether the alleged perpetrator is an individual person or ecclesiastical institution.

This book shall be translated into all tongues: but always with the original in the writing of the Beast; for in the chance shape of the letters and their position to one another: in these are mysteries that no Beast shall divine.

The instruction of Liber AL, III: 47 appears, on the face of it, to be a lighter matter than that of Exodus, 22: 18. Yet the consequences for slavish obedience to the literal interpretation of an arcane treatise are incalculable, certainly in spiritual terms. “This book shall be translated into all tongues” has been enthusiastically taken up, so that the book is by now translated into almost every European language, and quite a few others. Unfortunately, it is impossible to translate the book into any language other than the ‘barbaric’ English that was heard by Rose and Aleister Crowley in Cairo in 1904 without making nonsense of it. When the book is translated into other tongues, the meaning is changed and strictly limited. As with ancient Egyptian hieroglyphs, it is intentional, nay essential, that the text carries multiple levels of meaning. This can easily be demonstrated. If we go through some of the key verses or tenets and translate them into modern English, it no longer works. The book was written down in a peculiar hybrid of archaic and modern prose. Add to that some Greek and Coptic words, plus the very curious ‘Coph Nia’ (III: 72). The grammar does not conform to any accepted standard. There are neologisms, specially created words that do not appear in any dictionary, namely ‘unfragmentary’ and ‘abstruction’.[2] Thus, to translate into any other language renders the book completely useless as esoteric treatise. In ordinary translation work—and this is no ordinary book and no ordinary writing—one must make a clear difference between translating a text and interpreting that text. With the enigmatic Liber AL vel Legis, it is not possible to translate without applying precise definition of meaning. All attempts to translate the book have therefore failed utterly, and will continue to do so.

The elevenfold spell, “Do what thou wilt shall be the whole of the Law”, for example, translates into modern English as “Do what you will shall be the whole of the Law”. The substitution of ‘you’ for the archaic ‘thou’ automatically places personal emphasis on the nature of the will in question, which has already been defined in the book, I: 39, by the Greek word Thelema (Θελημα). The meaningful context for the use of that word owes to sixteen centuries of cultural and linguistic tradition. Furthermore, the ambiguity of present and future tense in the phrase automatically invokes the curse of causal determinism. We are then stuck with something perhaps worse than the rationalist argument of philosopher Arthur Schopenhauer in his treatise, The World as Will and Representation (1818).

II: 21 Nuit! Hadit! Ra-Hoor-Khuit! The Sun, Strength and Sight, Light; these are for the servants of the Star and the Snake.

To take one further example—each of the 220 verses of the book presents unique translation problems, some of which are completely insoluble—the noun ‘snake’ is neutral in English. The word appears four times in the book.[3] In some tongues other than English the noun must be either masculine or feminine. While it has become traditional to speak of the snake Hadit as ‘he’ in English, in some languages the masculine gender form of ‘snake’ has rather amusing connotations. In the Eastern Tantras, the serpent as Occult Force is usually identified with the feminine (shakti) power and intelligence. However, in the Book of the Law, Hadit is the polar complement of the star goddess Nuit, who is unmistakably female in form. The poetic sense of the book becomes lost in translation, as does its real spiritual and magical import.

The (Egyptian) Book of the Law shall certainly be ‘translated into all tongues’ in the sense that individuals will uniquely understand it each according to their wisdom.

The painting used here as an illustration is titled, Lokis Gezücht (Loki’s Brood), and was painted by Emil Doepler in 1905 (photograph Wikimedia Commons). It depicts the Nordic gods Hel, Fenrir and Jörmungandr the world serpent. Angrboða, the mother of sorrows, is thought to be shown in the background and to the left. The body of the serpent arches to form the mouth of the entrance to hell or the underworld, guarded over by the serpent’s mother. Thus the serpent nahesh and the letter pé, ‘a mouth’, are combined. As explained above, the Aramaic noun for a magical practitioner or ‘witch’, as termed in the King James Bible, is AShP, combining ‘woman’, ‘mouth’ or ‘oracle’ with the hissing sound of the serpent or fire snake.

1. See The Flaming Sword Sepher Sephiroth, numbers 381 and 400 [Ordo Astri].
2. ‘Unfragmentary’ was the original (received) word of the Book of the Law, I: 26, “And the sign shall be my ecstasy, the consciousness of the continuity of existence, the unfragmentary non-atomic fact of my universality.” Aleister Crowley later sought to change the wording. The neologism, ‘abstruction’, was not changed by Crowley and appears in III: 11, “I will make easy to you the abstruction from the ill-ordered house in the Victorious City.”
3. Liber AL vel Legis, II: 21; II: 22; III: 34; III: 38.

Related articles:
Fill or Kill, that is the question!
Liber AL vel Legis (all posts in this category)