There are three ways of Thelemic initiation corresponding to Jnana Yoga (knowledge), Bhakti Yoga (devotion) and Karma Yoga (action). These are also called the sacerdotal way of the priesthood, the royal way of kings, and the way of the warrior. The Greek word ‘Thelema’ (Θελημα) is inclusive of all three.[1] It is put thus in the (Egyptian) Book of the Law, I: 40:

For there are therein Three Grades, the Hermit, and the Lover, and the man of Earth. Do what thou wilt shall be the whole of the Law. 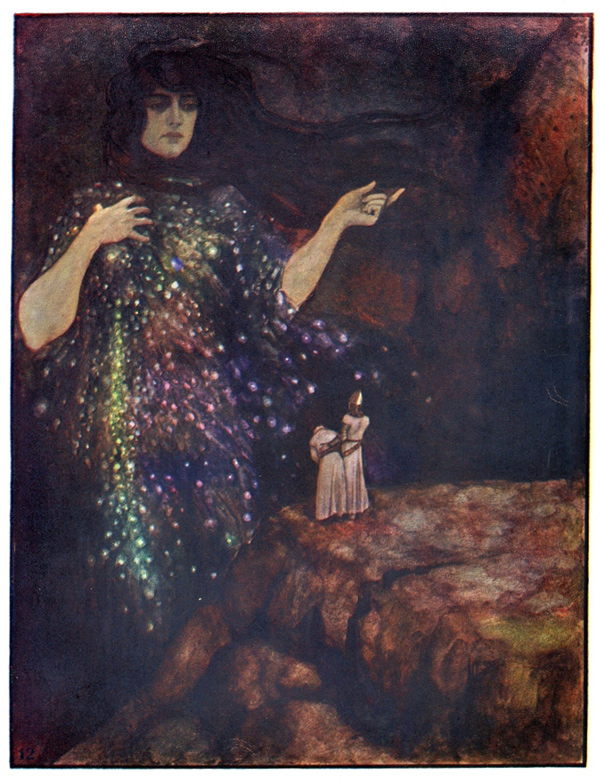 In our time, the warrior path presents the greatest difficulties. The warrior path generally involves the Ideal expressed through exoteric religious (or other) dogma. Dogma literally means ‘what seems to be good or true’, ‘what one should think’. The shortcoming is obvious. However, religious dogma has now been replaced by universal belief in scientism. Scientism is far worse than religious dogma, for that at least had a basis in true principles, even if the basis was often lost in practice—a condition made worse in the confusion of modern times. The dogma of conventional science has no basis in any truth whatsoever. It could be said, and not without some justification, that all ways of initiation are closed in the present times—for we have reached the greatest darkness of the Kali Yuga that comes immediately before the final dissolution and regeneration of the world. However, even in times such as ours the way of initiation is open right until the last minute for the few that still have the innate possibilities.

The practices are not separate, as though having nothing to do with each other. They overlap and in some ways run concurrently. One path can also support another. The way of Bhakti, ‘devotion’, is akin to Raja Yoga, which is the way of the king or noble, yet it is also the way of the warrior or man of Earth. Karma Yoga is ‘action’, which implies immersion in time and place, names, numbers and principalities—yet that impinges on the way of the Lover, who, unless he is wholly devoted to union with God or divinity, must always be tested by the ordeals configured by the very nature of the outer world.

The three paths, as with the practices, are comparable to the three Gunas in the same tradition: Sattwas, Rajas and Tamas. This is why they are never truly separate in nature, for each one flows seamlessly into the other, and they must all partake of each other’s nature in some way. For this reason the Gunas are sometimes used in alchemical analogies. They also correspond to the Wheel of Force, the 10th Atu of the Tarot, for like the wheel they are never fixed but are a mobile force. While each manifests according to its nature they all partake of the one essence or essential Esoteric Principle.

Thus no person or being consists wholly of one or the other of these three qualities, but one or the other will be the dominant force in them. Even that is not necessarily a permanent or fixed state of affairs, for initiation can change this, and as we have said, one path can act as a support for another. It can be readily seen then that the way of Jnana Yoga suits the Sattwic disposition, while the ways of Bhakti and Karma Yoga suit the Raja disposition. The Tamas disposition, ignorant by its very nature, naturally precludes any possibility of initiation and only allows for exoteric affiliation. René Guénon has said that Tamas nonetheless has a closer relation with Rajas than with Sattwas.[2]

Those who follow the ways of Bhakti Yoga and Karma Yoga are those who must develop individual qualities. These two paths pertain to the Lesser Mysteries and the psychic sphere of the individuality. Jnana Yoga, which is the path of pure knowledge, exists for those who will leave the corporeal order permanently, and is the way of the Greater Mysteries. Yet Karma and Bhakti can provide a support to the further and full realisation that only Jnana Yoga affords. Indeed, there is no way to the pinnacle without first entering the centre of all, the omphalos at the heart of Tiphereth in our tradition.

It should be noted in respect of the three ways that the Karma Yoga path in its fullest and original sense means that each must accomplish that which accords to its proper nature, called a ‘True Will’. Unfortunately, the conditions now prevailing in the world have made that rare, almost impossible. This owes to the confusion that is now considered to be the normal state of affairs, so that every kind of deviancy is also considered to be normal. In that, it does well to bear in mind that this is so because the whole of our civilisation is deviant, not merely some parts of it or particular kinds of behaviour.

In the West, Bhakti once had its counterpart in the Graal tradition, the chivalry typified by Arthur and his knights, or in some of the ancient orders such as the Knights Templar—though we must exclude from that all modern claimants to that tradition. Karma Yoga has its counterpart with crafts, and in that we would include poetry, music and all the arts, provided these express true principles and are not merely about ‘personal expression’. In the true and also the most technical sense, Karma Yoga is ‘ritual action’, which again, owing to the general conditions of our times, is nowhere to be found in our governmental, social or domestic conventions, unless in the most degraded and meaningless forms imaginable.

The principles hold true in all traditional actions. For example, there was a time not so long ago when at the Beltane cross-quarter of the year, on or around the 1st May, a pole was firmly erected in a field and coloured ribbons were tied to its mast. Young girls, dressed in white and decorated with flowers, would then each hold on to the end of a ribbon and all would go dancing merrily about the pole. One of these would be designated ‘Queen of the May’. The Queen of the May is the ‘one chosen’ to play the part of the Daughter or Bride of the Kingdom, called Malkah or Persephone, and known by many other names in equivalent traditions around the world.

The pole is the vertical axis of the universe and of the Great Yantra. This links heaven with earth, and the spiritual order with the corporeal world. In the axis is the possibility of initiatic transmission, like lightning to the ground. The circle is the circumference of the sphere, of which the interpenetrating axis is the extended point or Esoteric Principle. It is the visible appearance of things or Nature. The maidens are the whole range of possible expressions, as the multitudinous variety of flowers, yet each retaining the purity (white colour) of the Principle itself. The coloured ribbons that connect the maidens with the axis form the rainbow of Setian manifestation, the ‘coat of many colours’ of Joseph.[3] They are the seven rays, of which the seventh is the “light higher than eyesight”, or indigo, which is an analogous term for that which is beyond the reach of the sky, or otherwise at the head of the axial column.[4]

It remains to be said  that as ‘ritual action’, various kinds of magical practice such as the making and consecration of talismans are related to Karma Yoga, though these may also, if properly done, act as a support for spiritual realisation. When talismans are made for wholly negative purposes, such as worldly ambition, material gain, persuasion of the will of others, and so forth, then the ‘karma’ of wrath and retribution is automatically evoked. This is something that many now find difficult even to believe, since our world encourages such empty ambitions as a matter of course, and even heaps honours upon those with truly abhorrent or base motives. However, this action of retribution is inevitable. It does not arise from any moral consideration, since morals, by definition, are merely completely arbitrary human conventions. The retribution arises from natural action, which is another meaning of the Sanskrit karma. If the person has invoked either deity or devil, it matters not which, in complete ignorance of the principle or true knowledge underlying the symbol, then that principle will nonetheless be present at the ritual and in the operator, but only in wholly negative form.

1. See Babalon Unveiled, ‘The Word Thelema’, pp. 156, for a detailed exegesis of the word.
2. René Guénon, Chapter 18, Initiation and Spiritual Realisation [Sophia Perennis].
3. Genesis 37: 3: “Now Israel loved Joseph more than all his children, because he was the son of his old age: and he made him a coat of many colours.”
4. “Purple beyond purple: it is the light higher than eyesight” (Liber AL, I: 51).

From the book, Nu Hermetica—Initiation and Metaphysical Reality.