Yoga means ‘union’ (wth God). Ritual is ‘yoga in action’ (karma yoga), when correctly practiced and understood. Various forms of yoga are used throughout the grades of initiation. The method that we use is closely akin to that which is called Kundalini Yoga in the Tantras. Kundalini Yoga is a type of individual alchemy. It works by virtue of the analogous relation between macrocosm and microcosm, ‘as above and so below’. Comparison may readily be made between the chakras of Laya Yoga, as revealed to the West in Sir John Woodroffe’s The Serpent Power, and the sephiroth of the Tree of Life.

Yoga and the Counterfeit Movement

The speculative arrangement of Tree of Life chakras, now widely known as the ‘Middle Pillar Exercise’, bears only a passing relation to Kundalini Yoga. It does not rest on any traditional knowledge and has no doctrinal basis.[1] To make matters worse, this was taken out of the legacy of the Golden Dawn and placed in the context of the New Age counter-initiatic movement, replete with psychological and ‘healing’ applications, completely divorcing it from any spiritual purpose whatsoever. This has unfortunate consequences for practitioners, though they rarely if ever realise the fact. As with ‘yoga for health’, the denaturing of the practice means that while it may appear to be effective, the ego (ahankara) of the person remains unregenerate and impervious to any real spiritual knowledge—furthermore, the attitude may become even more deeply entrenched. It is even harmful to the being in so far as the unleashed force, separated from the principle, can only manifest in the sphere of the practitioner in an inferior or degraded form. That arrangement of the Tree and chakras confuses the positions of both Da’ath and Malkuth. Da’ath was associated with vishuddha, whereas Da’ath is not a sephira. The arrangement includes the peculiar notion of placing Malkuth as the base chakra, equivalent to muladhara, but removed to our feet. All this introduced distortion and confusion. 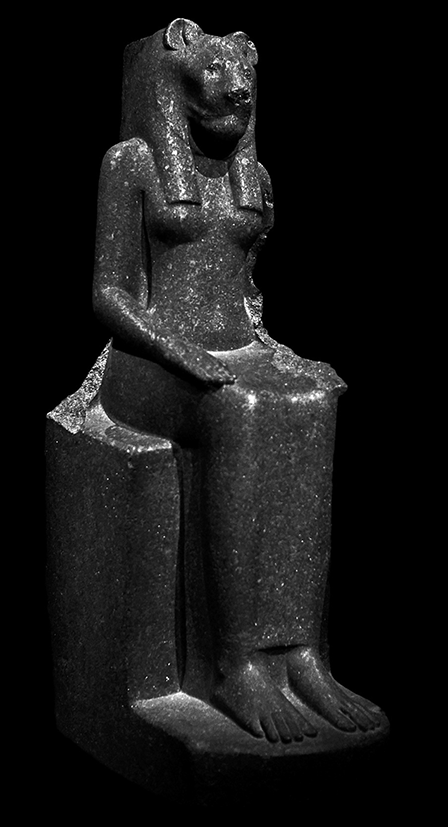 In our entry level Egyptian Yoga, the chakras are arranged as though the Tree of Life is superimposed upon the subtle anatomy. There are other ways we can do this but at the beginning it is best to start with the model as described below in more detail. With this method, Hod and Netzach are on a horizontal plane, so Netzach is not ‘above’ Hod. Likewise with Chesed and Geburah and Chokmah and Binah, they are pairs on the same plane. Kether is posited as vertically above the top of the head.

It is most interesting to discover that René Guénon posited a method of placing the chakras of Laya Yoga (‘union towards the goal of dissolution’) upon the Tree of Life that is more or less identical to ours. Da’ath is not a separate chakra from ajna, and has nothing to do with vishuddha. Yesod is also the base chakra corresponding to svadhisthana. It is best to quote directly from Guénon, Studies in Hinduism, as he is very clear on this. This is towards the end of a whole chapter that he devoted to Woodroffe’s The Serpent Power.

We shall conclude here with an observation that we believe has never before been made anywhere … By beginning at the top, there is at first no difficulty as concerns the assimilation of sahasrara, ‘located’ at the crown of the head, to the supreme Sephira—Kether—whose name means precisely ‘crown’.

Then comes the pair Chokmah and Binah, which must correspond to ajna and whose duality could even be represented by the two petals of that lotus; moreover, they have as their ‘resultant’ Da’ath, that is, ‘knowledge’, and we have seen that the localisation of ajna also refers to the ‘eye of knowledge’.

As regards man, the following pair, that is, Chesed and Geburah, can be linked to the two arms, according to a very general symbolism concerning the attributes of ‘Mercy’ and ‘Justice’; these two sephiroth will thus be placed at the two shoulders, and consequently on a level with the region of the throat, and so correspond to vishuddha.

As for Tiphereth, its central position obviously refers to the heart, which immediately shows its correspondence with anahatha.

Finally as regards the last two Sephiroth, it seems there is cause to envisage an inversion, for Yesod, according to the very significance of its name, is the ‘foundation’, which exactly corresponds to muladhara. It would then be necessary to assimilate Malkuth to svadhisthana, which moreover the meaning of the names seems to justify, for Malkuth is the ‘kingdom’ and svadhisthana literally means ‘proper abode of the Shakti’.

With our Egyptian Yoga praxis, we have eleven chakras altogether. Firstly, we posit Malkuth as the whole temple and body of the practitioner. The chakra of the Moon or Yesod, the ‘proper abode of the Shakti’, is where the activation of the Serpent Power begins. The next six chakras take us to the level of Da’ath as the ‘resultant’ of ajna. Nuit and Hadit complete the union in ajna so that Ra Hoor Khuit is the solar ray received from ‘outside’ (the human individuality). ISA, as primordial Throne, is then the centre of the triangle residing in sahasrara. This is how communication is made possible between the human and non-human states that are beyond.

The primary aim of the practice, after experience has been gained, is the withdrawal of the senses from the physical body (and mind) to the subtle body (and psyche). The goal of the working is to push beyond the psychic plane altogether, so even the subtle senses are withdrawn or assimilated. This is identical to the moksha of Laya Yoga when carried to its ultimate.

It is not recommended that anyone should attempt Kundalini Yoga without knowledgeable guidance and supervision.

1. Israel Regardie is thought to have produced the particular arrangement known as the ‘Middle Pillar Exercise’. It seems to have been based on a diagram that appeared among the Golden Dawn papers, though it is also more than possible that the diagram was an invention of Regardie. Contrary to what is often supposed, this was not practiced in the Hermetic Order of the Golden Dawn until counterfeit versions of the Order were created more than half a century after the original organisation was disbanded.

Subscribe to our monthly Journal, Metamorphosis here.
The Journal is free of charge and is delivered by email.

Return to Top of Page