Hermetic Astrology, a complete course tutorial and reference for esoteric astrology is available since January 2021 in a Third Edition (Revised). 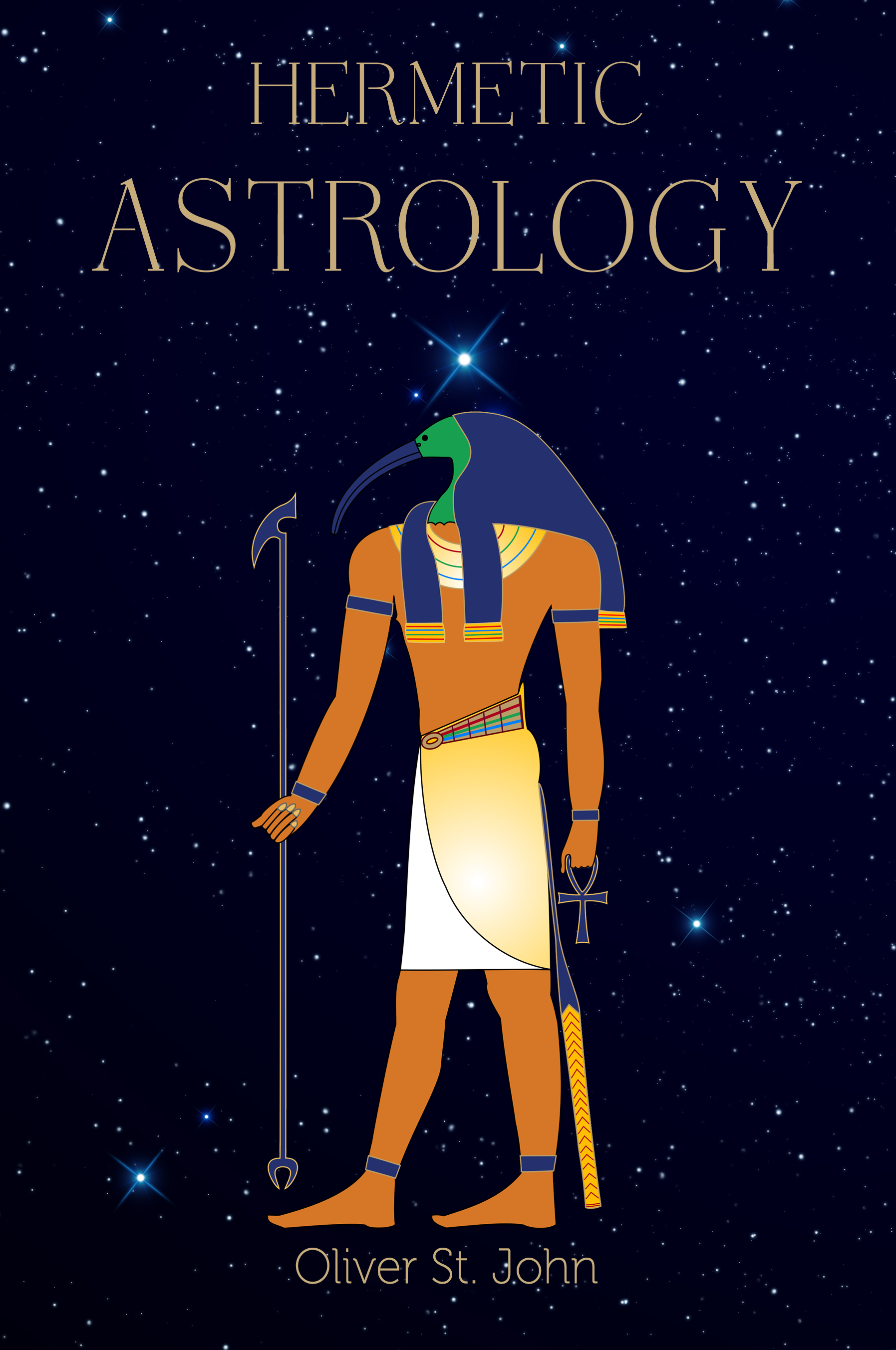 The Task of the Probationer is to ‘Know Thyself’. It could be said that the same task continues through every grade, degree or state of consciousness that anyone can conceive. What better place to begin such a momentous work can there be than understanding our natal horoscope? Astrology, thanks largely to the popular notion of what that means, has become widely discredited. However, the language and symbolism of astrology, in its classical form at least, is identical to the language of hermeticism. The hieroglyphs of the stars are the primal type of all language, existing long before any rune was shaped by human hand.

The stars are indicators of human destiny, not governors of it. Astronomy and astrology were once the same science, but became separate in relatively modern times. Nowadays, astronomy consists of objective, factual observation, while astrology should consist of subjective, meaningful observation. However, astrology has fallen into disrepute. All attempts to salvage its reputation by equating it with psychology, which is accepted by some (though by no means all) as a science, have failed. Humanistic psychology insists on the importance of emotional well-being as included in a list of positive and sociable qualities. Maslow’s Table of desirable, ‘good’ qualities based on the achievement of goals—usually social and financial—automatically includes a list of undesirable and ‘bad’ qualities to be suppressed for the sake of social adjustment. The application of humanistic and New Age psychological thinking therefore amounts to nothing more than behavioural conditioning.

This much is important: All time and space (or locational) coordinates are relatively true even though astrological horoscopes are based on the same data used by astronomers. Whether scientific or not, all projections, calculations, observations and realisations whatsoever are symbolic; they are formed from the material that human consciousness understands, which is the symbol and the symbolic.

The primary aim of Hermetic Astrology is to explain astrology in a simple and concise way. The veriest beginner will quickly gain an understanding of their natal horoscope, while those already well-versed in the subject will find here magical and esoteric applications for the art that rarely, if ever, appear in textbooks on astrology. Here is a complete course in astrology covering astrological symbolism, chart interpretation, the dignities of signs, houses and planets, aspects and astrological timing. Knowledge includes the Part of Fortune, the Dragon Stars or Nodes of the Moon, the Egyptian Ka or double, the Holy Guardian Angel and the Evil Genius, Outer Gateways and the use of the natal chart as a Master Key of Life.

Subscribe to Metamorphosis. The monthly Journal is free of charge and is delivered by email.